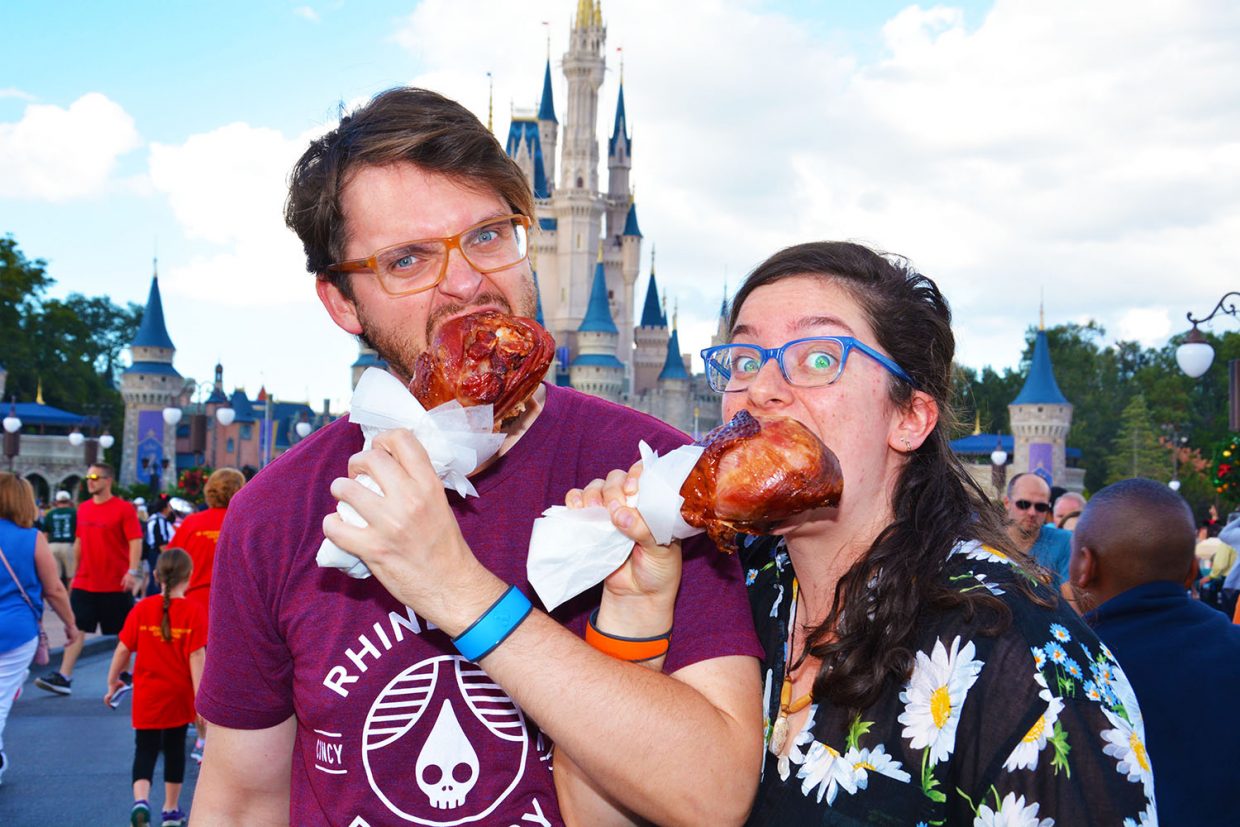 Orlando’s Just a Walk in the Park(s)

working: not working! I’m on vacation

This Week in Laundry I wrap up an amazing week of vacation.

When you work in the theme park industry, you end at the parks a lot. Often alone.

Some of that derives from being a fan. If you work in this industry, chances are you enjoy the product you create.

Some of that also has to do with research. It’s one thing to go into the park on a vacation with family and friends. It’s another thing all together to walk in with a critical eye. To dissect the rides and attractions. To pay attention to how people behave in the park and in the queues. 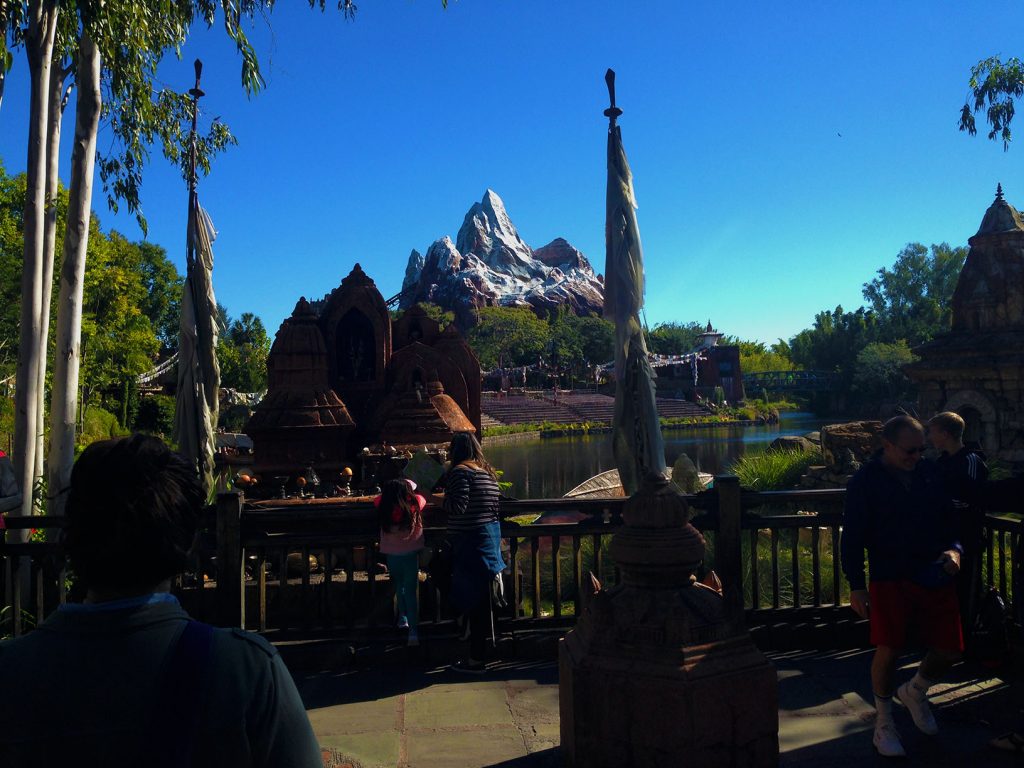 Expedition Everest at the Animal Kingdom. The queue includes Tibetan Temples and a Yeti museum. One of my favorite queues in the industry. 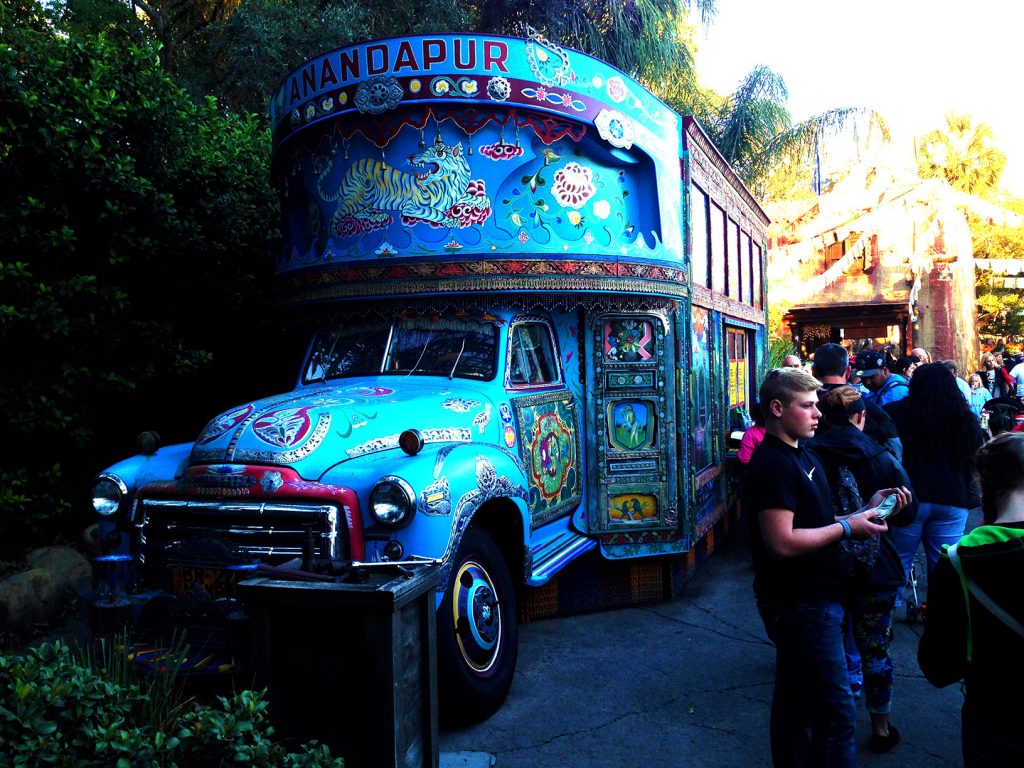 Gastronomic research in the Animal Kingdom. There is soft serve in that bus.

It’s much the same difference as enjoying a movie with friends, and taking notes on a film during undergrad coursework.

Usually I’m engaged in the latter. I go to the parks to watch the people. To pay attention to the pacing of rides. To what people like. To what’s working, or what’s not working. As a part of that, I quite often go alone. Since I travel alone, that’s not very out of the ordinary for me.

This week was different. As a part of the Thanksgiving holiday week, my sister made pilgrimage to Orlando. We spent a handful of days in Disney World, and then a day at the Universal Resort, bookended by two nights in the Hard Rock Hotel.

Thanksgiving in the Magic Kingdom

As someone who so often spends time in the parks by himself, I thought it was quite a treat to spend this much time, nearly a full week, with family.

I also opted to try the Disney Memory Maker product. For research. I have a friend at Disneyland who works as a photo teams manager. So I’ve been more interested in the photo services this last year than I have been in the past.

Ordinarily I would have passed on the vacation package add-on. But considering the cost of a vacation, a Memory Maker is a small additional price that brings great benefits.

The strongest benefits work in concert with the My Disney Experience mobile application. It conveniently caters to the way my sister and I interact with our peers in the digital realm.

It reminds me of something Denise Chapman Weston once said. I saw Denise present at a conference a few years ago. Denise created MagiQuest, an interactive wizarding game that she sold to Great Wolf Lodge. In her talk, Denise mentioned that the most important part of any guests experience in Disney World is the moment they take a photo of themselves or with their family in front of the castle. And then post it to social media.

In our modern world social media dominates the way people work and act.

The creation and accumulation of vacation artifacts has always been an integral part of the destination park experience. In the past, that might have been physical photos and purchased souvenirs.

The souvenirs are still there – though some are a little more technology rich. But the way photos work has drastically changed thanks to social media and the mobile device. 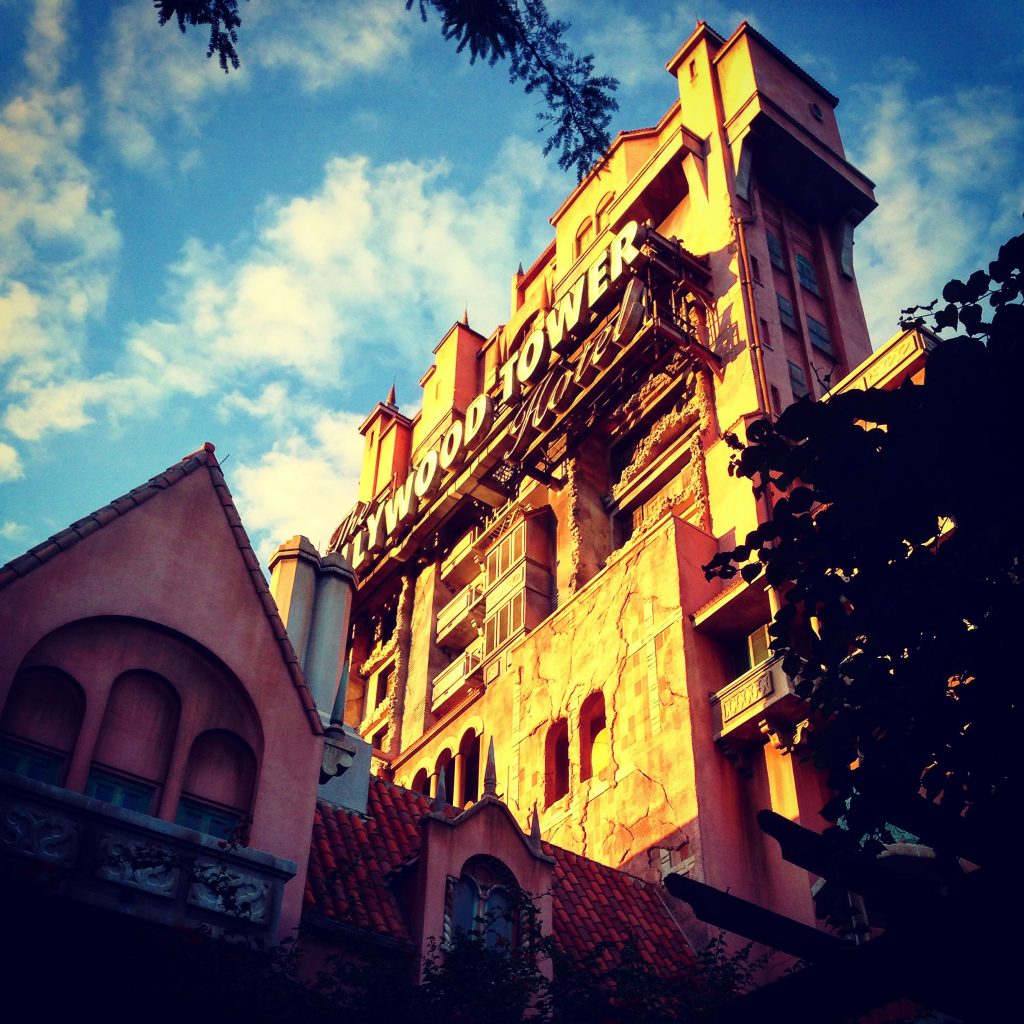 The vacation may be gone. But the memories linger. Sunset on Hollywood Studios Tower of Terror.

Disney’s responded well to this market shift in their photo package. On the one hand, ride photos are linked to your digital account. In a couple of cases, this even involves video. On the other hand, any photos taken by the Disney photo team scattered throughout the parks are also instantly uploaded to your account. You can preview them all without purchase.

And with a Memory Maker package in hand, you have a thirty day window to download all media content. This includes instantly sharing photos and videos from the My Disney Experience mobile application directly into social media platforms.

My sister and I took advantage of this amazingly convenient feature. And often. It was part of the fun – seeing our photos on our mobile devices. Sharing our photos. Seeing our friends like our photos. People interacted with us in the digital realm while we experienced our vacation in the physical realm.

We were already enjoying the memory of our vacation while we were still on vacation.

If that’s not an example of the power of the immediacy of the internet, I don’t know what is.

It’s a great example of digital to physical interactivity that the parks enable. But I think it’s only the beginning. As time moves forward, and VR becomes a prominent presence in the home, I believe there will be more and more demand for experiences that bridge the physical and virtual worlds as a counterpoint to the strictly digital experience of VR.

You could call these experiences Augmented Reality, or AR. But to me, AR is much more than just digital content rendered on top of physical content. It’s more than Pokemon Go photo AR. It’s more than the HoloLens, or Magic Leap. It can be as simple as phone assisted geocaching. Or it could be geosocial media, like YikYak, which I expect is just the first of many popular geosocial media networks to come in the future.

But it works in the other direction as well. You can take things in the digital realm – a picture of yourself stored in social media, or game rendered characters – that are responsive to your physical location, and then change the physical world in response to that. That change might be simple, like the color of a light. It might be more complicated, like through advanced projections onto surfaces, or special televisions screens mocked up like paintings. Like the moving paintings in the Harry Potter queues. Or it might go further into robotic actuation. Like Epcot’s Agent P World Showcase Adventure – which you can now play on your personal mobile device through a web browser.

I think as time goes on, we’ll see more and more of this latter case in the parks. It’s the one thing that the parks can do that VR and even HoloLense style AR can’t do very well – because it still requires space, large architectural elements, and technology investments. As people acclimate to VR and AR in the home, they’ll feel an increased need for an alternate form of experience.

In some senses, the parks will be more relevant than ever. So long as they respond with the market properly.

Those are large scale social and economic trends. In this moment I have much more demanding needs. My laundry is just about dry, and my hotel checkout is just a half hour away. Time to quickly pack up and move on.

Between a client visit in Chicago, a broken down car still in Jacksonville, a sister that needs to get to the airport, and a visit with some friends who just came into town, there’s a lot to do. It’s going to be a very eventful last month of the year.

I hope everyone had a fantastic thanksgiving! I’m grateful for this chance to travel, amazing friends, and a supportive family. 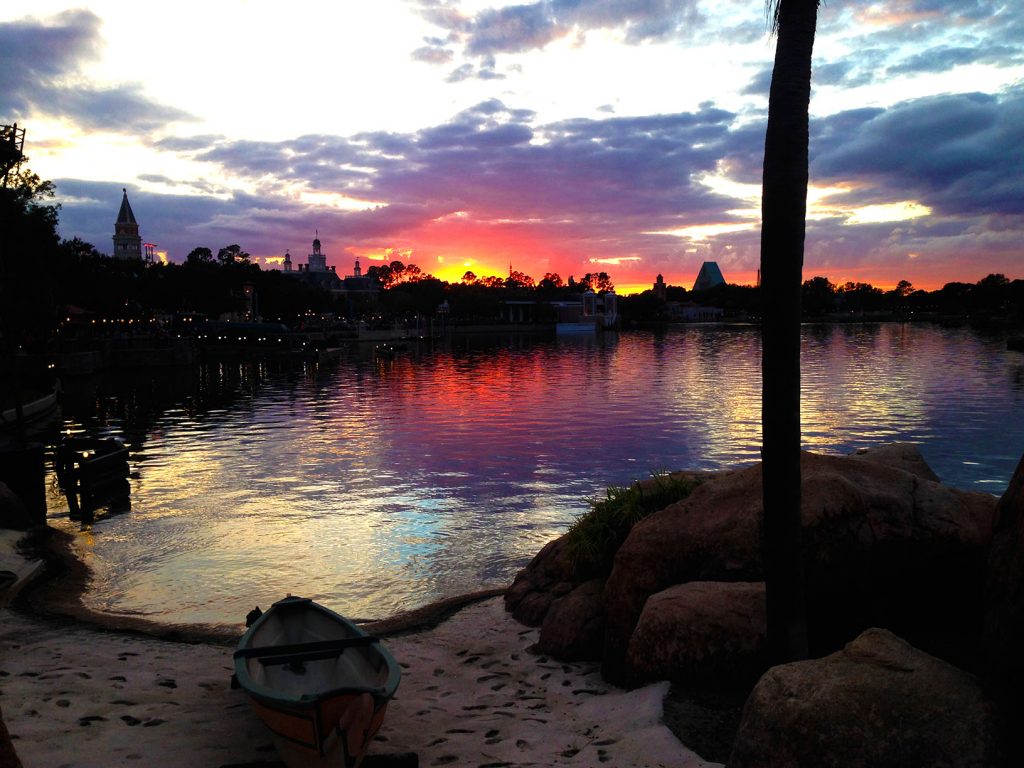 Like all vacations…this one comes to an end. Sunset on the World Showcase Lagoon, EPCOT.