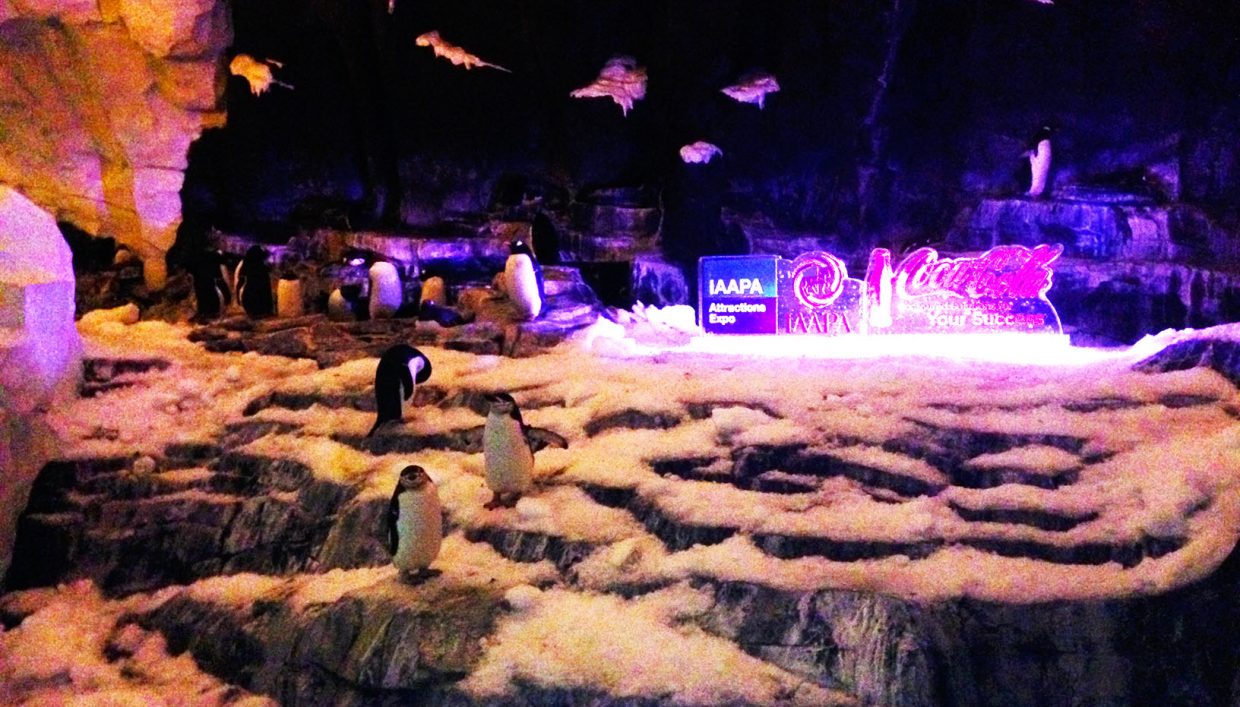 This Week in Laundry I reminisce on a fantastic IAAPA week.

Once a year the entire industry descends on Orlando. The occasion? A trade show. The International Association of Amusement Parks and Attractions hosts an exposition. Both trade show and conference, the expo anchors the attractions year through a series of panels and lectures as well as traditional trade show booths, where the great suppliers of the industry congregate to show their best products and new inventions. 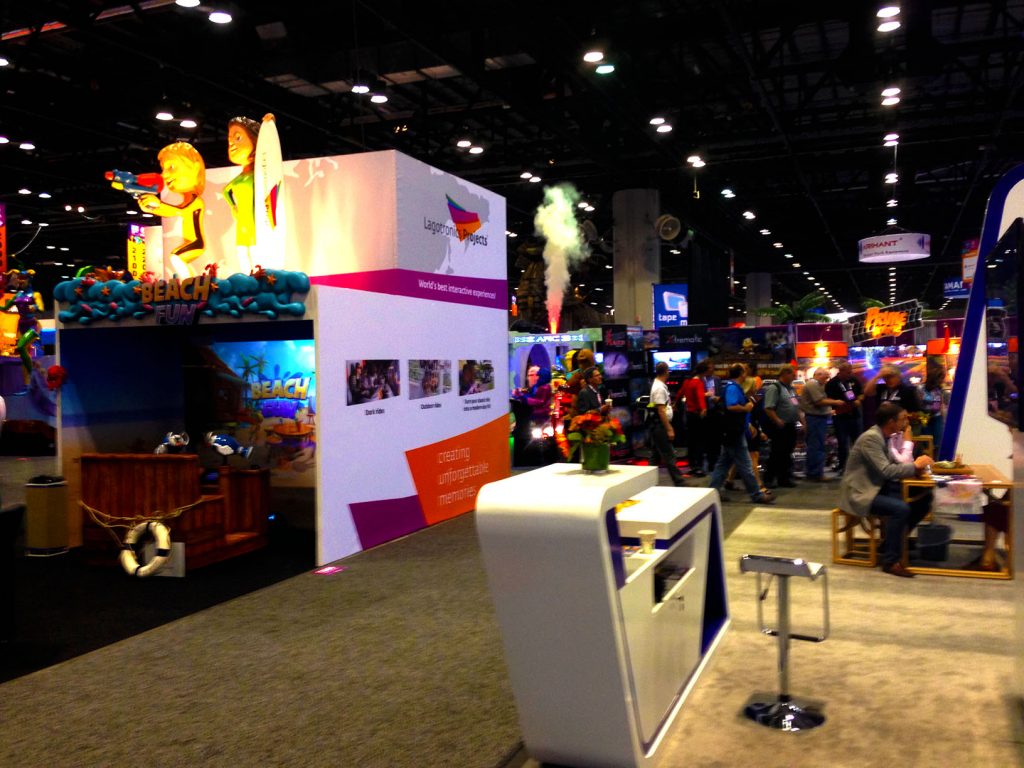 Various vendors and trade organizations fill the week with mixers, parties, meet and greats, and other great networking events. Some, like IAAPA celebrates, hosted at Sea World this year, are organized by IAAPA directly. Others are hosted by major design firms. Many firms opt to host mixers or parties instead of booths on the show floor. 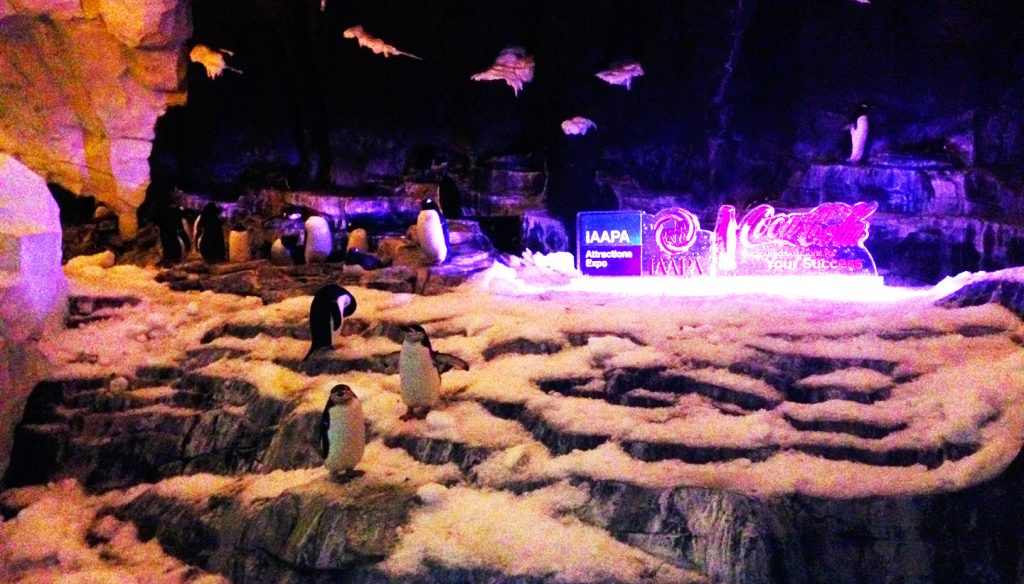 This has been one of the most amazing and productive weeks this year. I come away with more job and client leads than I could have asked for. The industry is booming. 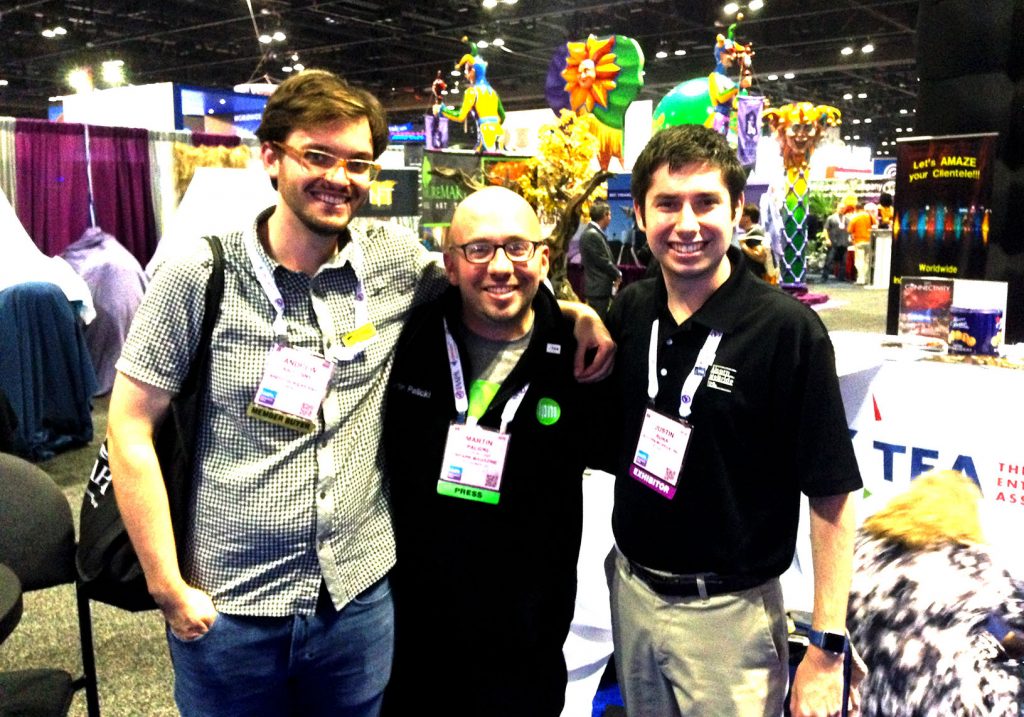 The Milwaukee division of the TEA – Me on the left, Martin from InPark, and Justin from Alcon McBride

And time and time again this week, I found people going out of their way to reach out to me. To introduce me to other people. And to help me navigate the answer for the question what comes next. To feel that people care about you is always a great feeling.

As a part of that, I got a special treat. Quite by chance late on Friday, I ran into some old friends from Imagineering. There’s a big group in town for an install, and they chose to take a few hours off to explore the trade 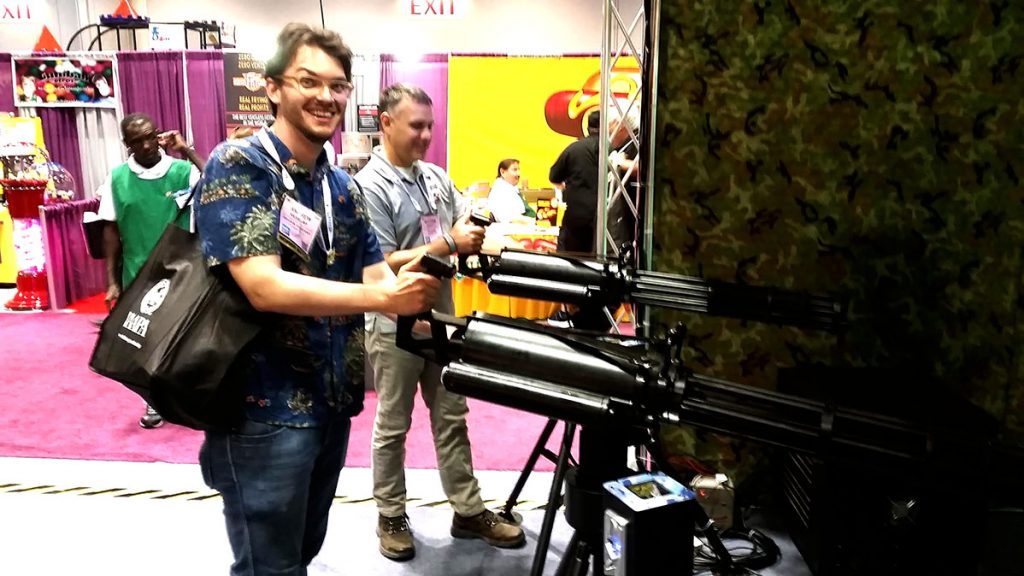 Trying out some games on the show floor with old friends!

show floor. We chatted, caught up, talked old stories and new technology trends. It made my week. I still can’t believe it happened. I’m happy that it did.

While my week here in Orlando was nothing less than amazing, getting here was quite the adventure own its own.

I drove down from Savannah. After crossing the border into Florida, I stopped at the welcome center to pick up a SunPass. The tollway transmitter. There’s a fair number of tolls in the Orlando area. 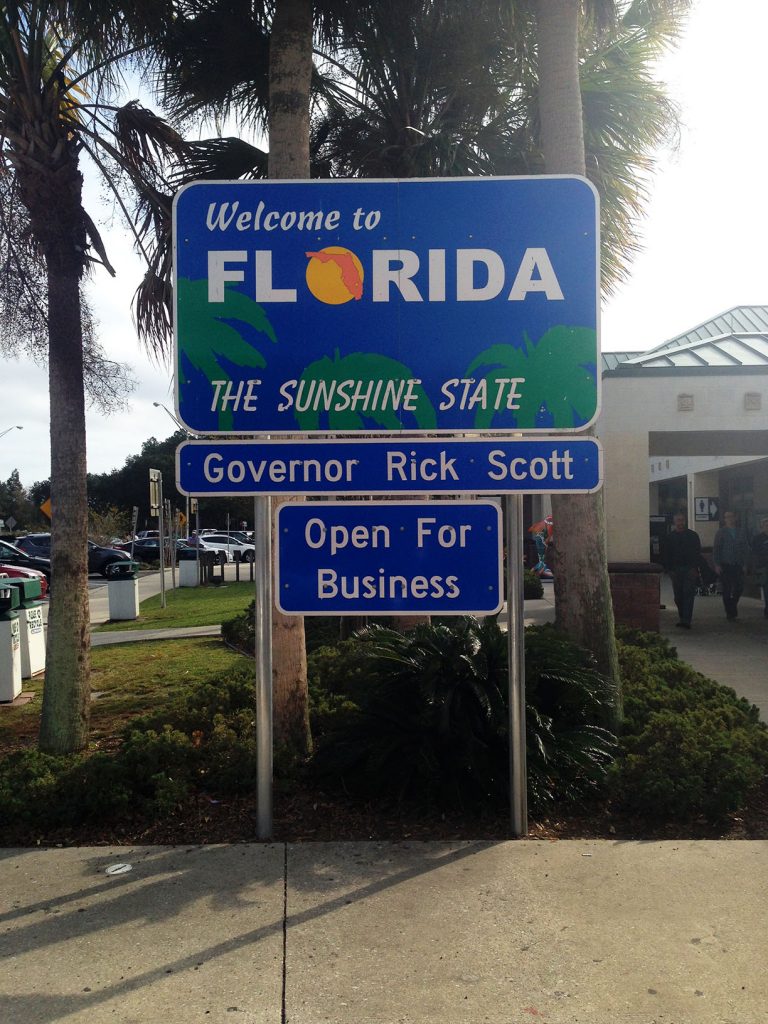 When I got back to my car and hit the ignition I immediately noticed a problem. The thermostat was off the chart. When I disengaged the engine I heard clacking.

My mechanic in LA had warned me the engine cooling system would go eventually. And when I heard the telltale signs that I should pull over immediately or risk severe engine damage. How long had a been driving on a blown cooling system? I didn’t know.

What I did know is it was Sunday. I was at a highway rest stop. There’s no shops open. And I needed a tow.

Luckily I was within an hour of Jacksonville. And in Jacksonville, there’s a Mini dealer. If this was Montana, a blown engine could have left me stranded.

I found assistance from the helpful folks at the welcome center. Got a hold of someone who was willing to come out for a tow. They came out to fetch me, and we took the car down to Jacksonville. 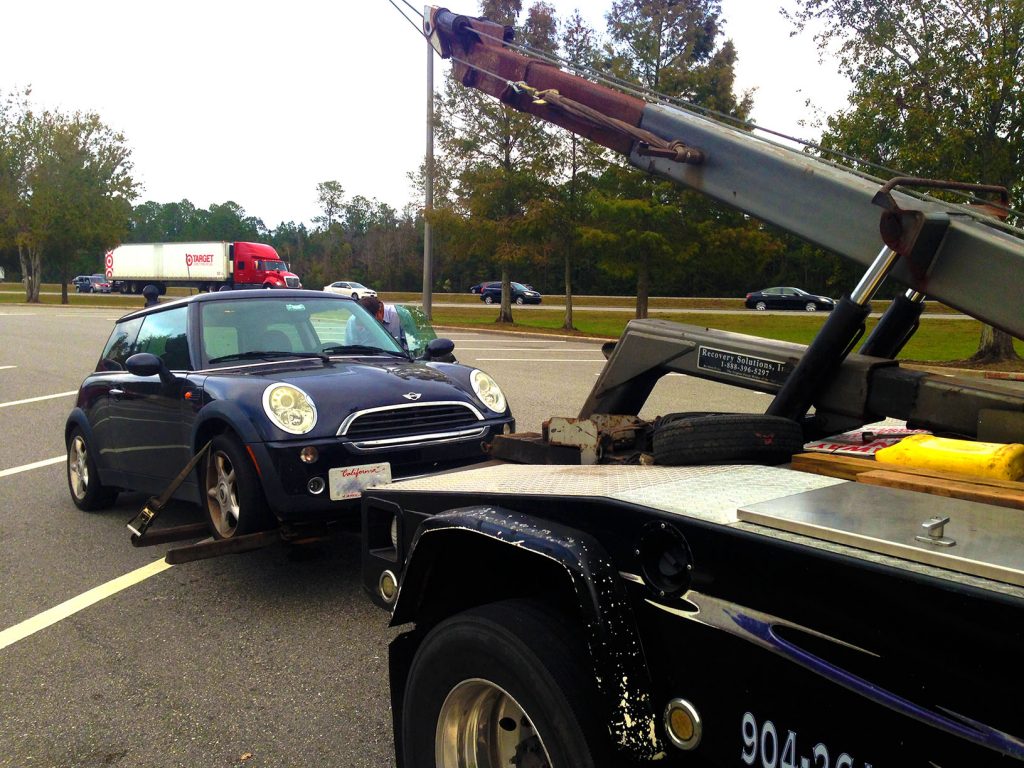 My Mini gets a tow down to Jacksonville. The end of a roadtrip era.

I left it at the shop and then walked to a hotel. Luckily there was one within a mile.

Monday morning I went to the shop to talk with the service department. They wouldn’t be able to take a look at the car until tomorrow anyway. And I still needed to get to Orlando. To IAAPA.

I found a bus to Orlando. I found the bus stop.

I also found Sally Corporation. One of the world’s foremost animatronic and dark ride companies. They’re they talent behind Six Flag’s latest Battle for Metropolis ride. 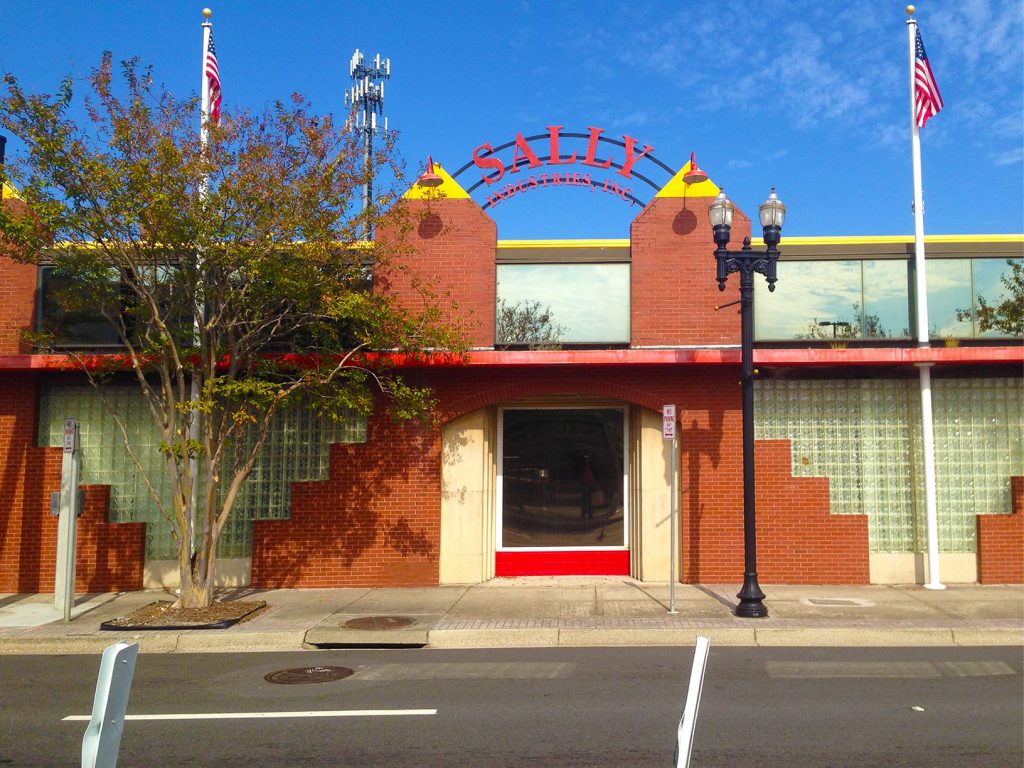 Sally’s Manufacturing facility in Jacksonville – close to the bus stop.

Sally is well situated in the Jacksonville metro for regional bus transportation. I’m sure it’s one of many company perks.

One day later, I would be looking not at the outside of their manufacturing and development facility, but at their trade show booth. 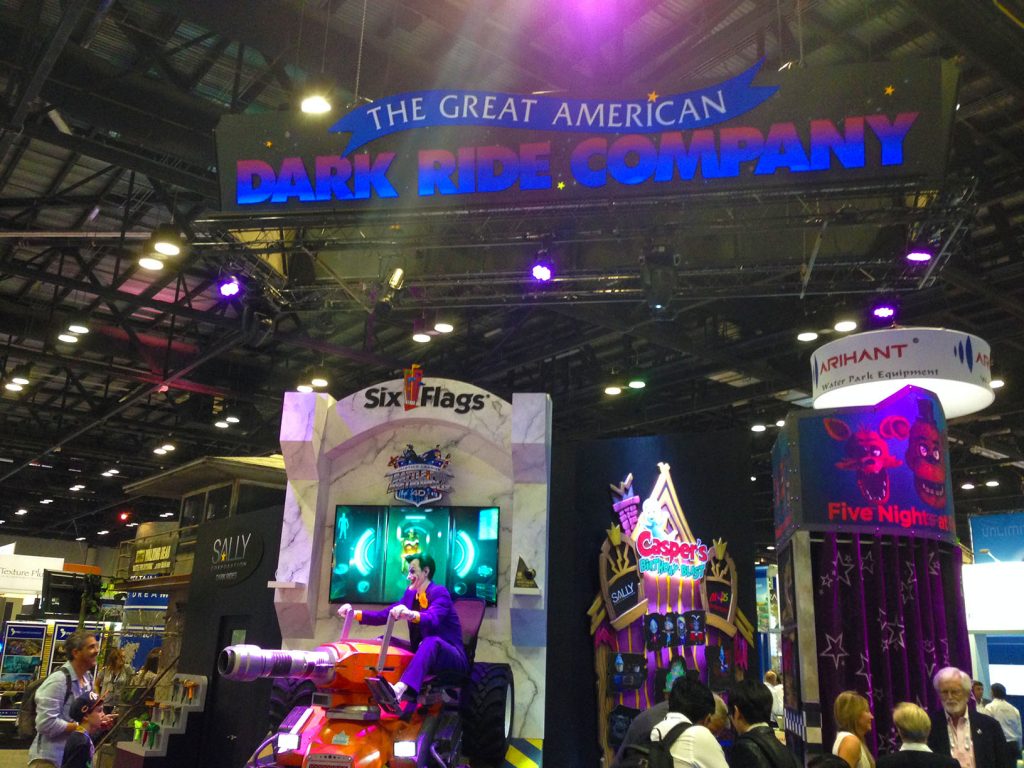 Come Tuesday on the trade show floor, I heard the news I was expecting. The repairs to the car would take more than the car is worth. I decided to walk away instead of getting the car fixed. I’ll have to fly back to Jacksonville to collect my things and sign over the title to a junk yard or buyer.

Life is an adventure. Much like theme parks themselves. And the story woven throughout the adventure finds funny ways to connect the dots. Sally here to Sally there. Major losses, like jobs and cars. Major gains, like jobs and friends. The cycle continues. Much as the wash.

And like each week with the clothes you wear. They start clean. You live in them. They soil from your daily toil. And then you wash again. And they are reborn. 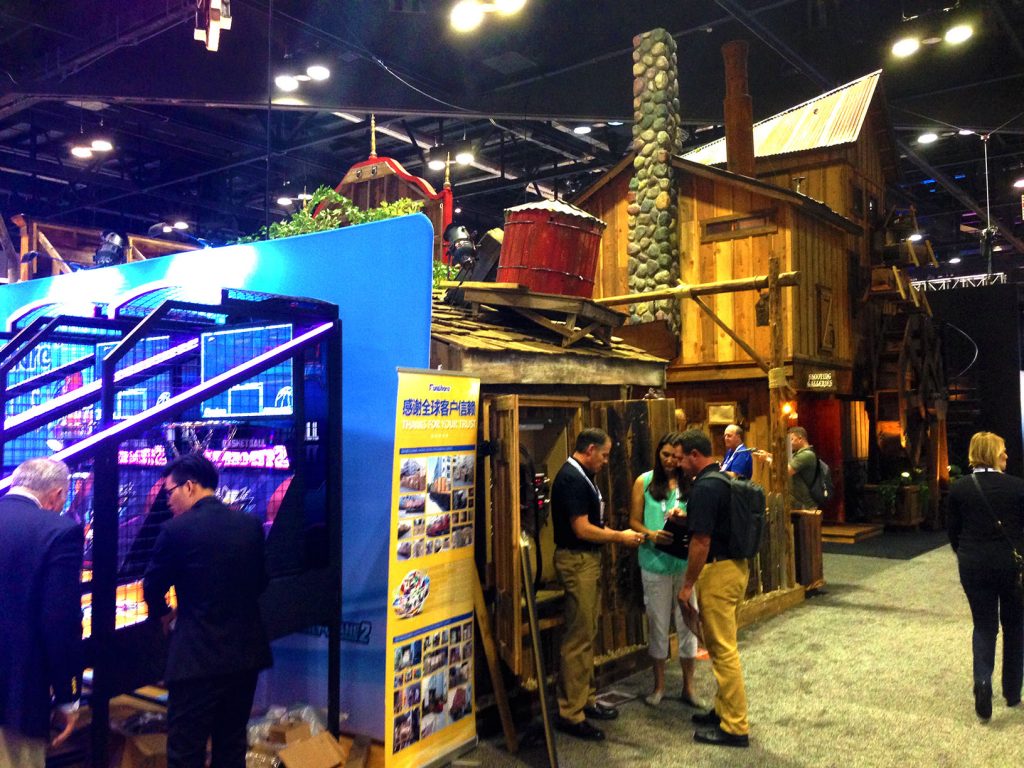 More on the IAAPA floor