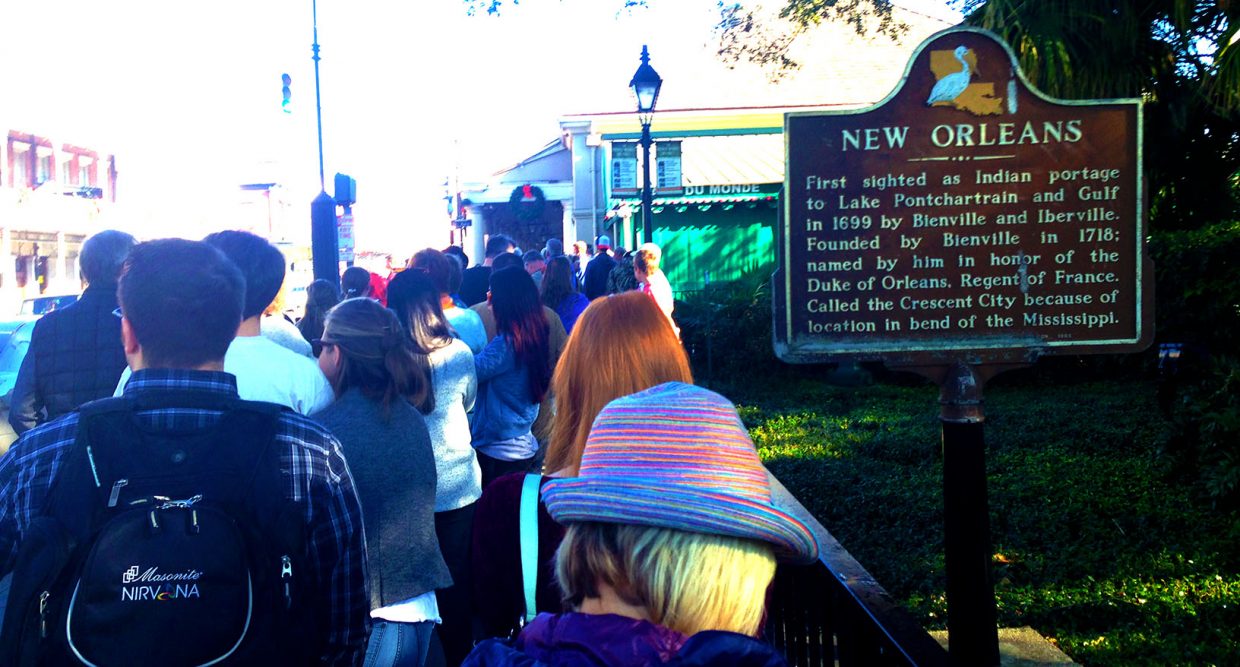 This Week in Laundry it’s crime and tourism down in New Orleans.

When I got into town, into my airbnb, the sun was setting. I came in and read the welcome note on the fridge. Which warned never to walk in the neighborhood at night. Not alone. Not in pairs.

I’ve stayed in neighborhoods of less than safest safety before on this trip. And been through some in Chicago. So my first thought is to try and rate this neighborhood against ones I’ve walked through. At night. Or not.

And do I trust this advice? Or not?

I checked with some friends a couple of days ago. Friends in town from Chicago. Turns out, this advice is sound. Shoes by day. Ubers by night.

And if this introduction to New Orleans was my first impression of the city, then the second would follow the next day. After a calm morning in the French Quarter. That quickly swelled with tourists as the clock approached noon. 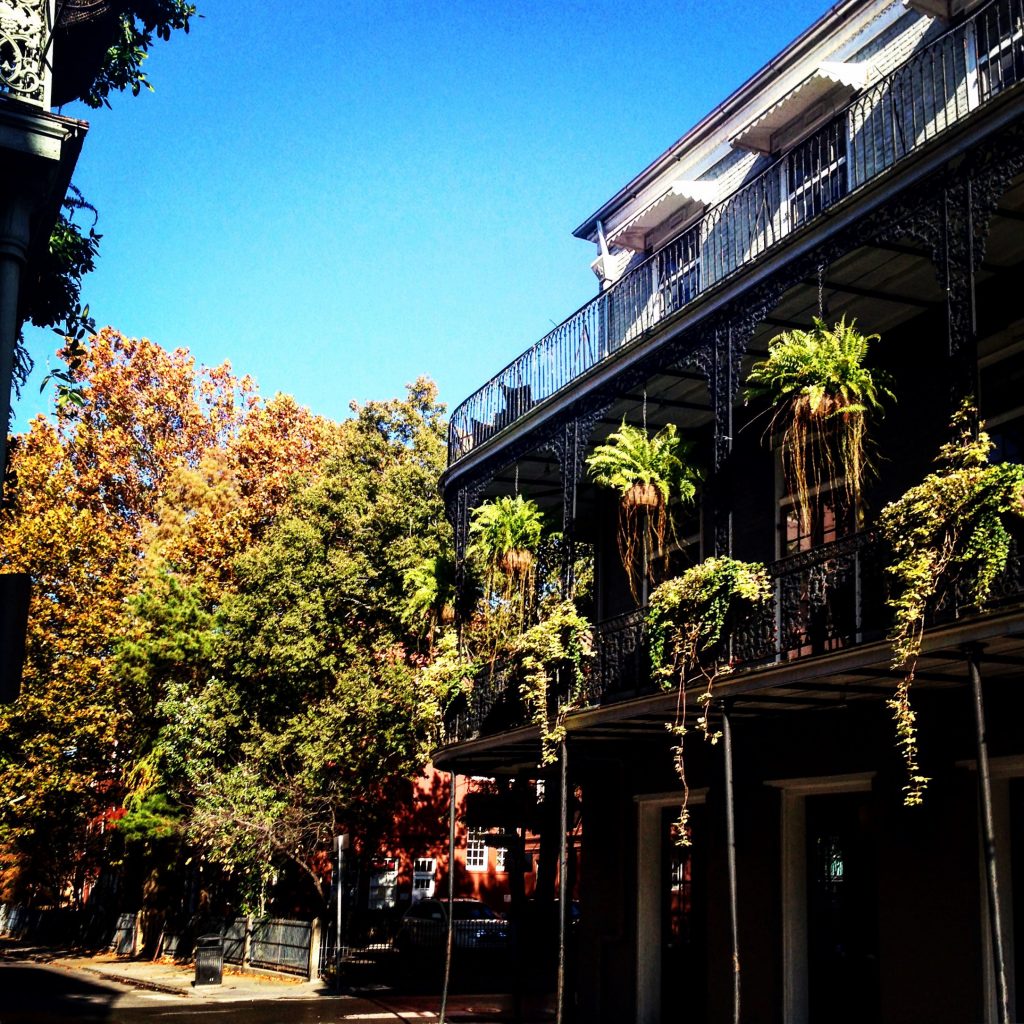 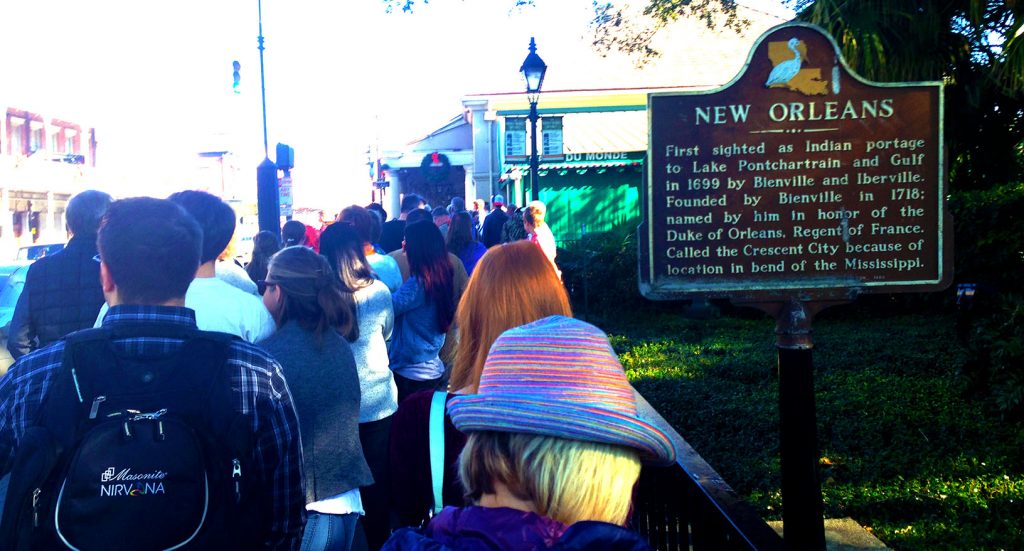 And then the tourists swell. Waiting in line for chicory coffee and beignets at cafe du mond.

In sixteen hours, the impression forms. It seems that New Orleans is a city of crime and tourism. At least from where I sit in Bywater. And the short walk from here to the French Quarter.

I’ve written before about gentrification sitting at the intersection of interesting and urban. Or some poetic catch phrase along those lines. And Bywater may be no different. Albeit at the very early stages if my airbnb remains covered in iron bars and I’m at risk to walk the neighborhood at night. Between Café Henri and Oxalis down the street, high concept dining sits side by side with the neighborhood poboy shop. 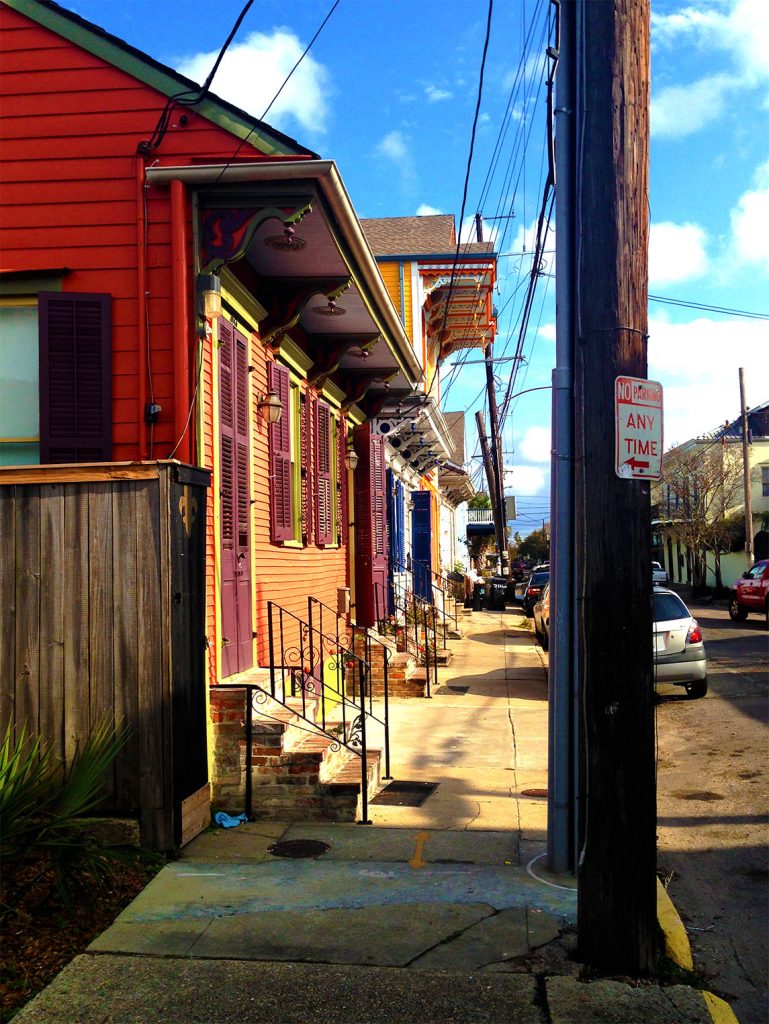 Bywater by day is quite charming

Such is the dynamic of change. It’s the story common in many neighborhoods along this cross-country journey. It’s a common story in just about any urban landscape. Because it’s the natural result of migration back into urban environments. An undeniable modern trend.

It’s a dynamic not too dissimilar from any dynamic element in nature. The ebb and flow of water in waves and tides. Or the dynamic of weather in heat and cold within the week and throughout the seasons. The movement of natural resources. Of wars. And of people across nations.

And on the one hand, as individuals, we want to view our decisions as unique and our own. One-on-one transactions and decisions in response to individual inputs. As a study, we might call this psychology. Or microeconomics. Same difference.

And on the other hand, as people, we move and behave in waves and tides collectively. We align ourselves with brands. We accord ourselves into teams. Of Ruralcrats and Urbublicans. Of Saints and Cowboys. In states and in nations that create not just economic policy but flags and emblems. Which we called logos and brands by private organizations. As a study, we might call this marketing. Or macroeconomics. Or Sports. Same difference.

New Orleans understands how things change. And how things don’t. From the poverty and crime that lives as a part of the city’s cultural identity just as much as tourism in the French Quarter does. To the human response to natural disaster in the wake of hurricane Katrina. When crime left the city because it had to. And when it eventually returned. And all the rebuilding that came after. And the continued economic strides. By gentrification or elsewise.

The change continues, long after the rebuilding began. As if the momentum to bring the city back to where it was before the hurricane never stopped. Efforts continue to increase safety. To protect that core city industry of tourism.

And Bywater continues to change in forward momentum. The Warehouse, my workspace this week, a prime example. A new addition to the city. A space for independent business development. For entrepreneurship. For progress.

But I still need to make it four blocks from the Warehouse to my airbnb before the sun goes down apparently. Especially with two laptops and change in equipment. So there’s that.

Then, when I get there, this night at least, laundry awaits.

And when it comes to the laundry, I just couldn’t bring myself to take a car to and from. And instead took a loose assortment of socks, undergarments, and a spare tshirt or two to the sink. With my trusty detergent pod. Swill, scrub, soak, rinse. And now we dry.

It’s only enough to get me to Dallas. But that’s all I need right now.

The Mississippi river. Six months ago I was at the beginning of this river in Minneapolis, Minnesota. This water connects me in this moment to many great cities along my travel. From the Allegheny and Monongahela in Pittsburgh, which become the Ohio that flows through Cincinnati. Collecting the Scioto from Columbus along the way. All that water from all those cities come to this place. Just like I have.