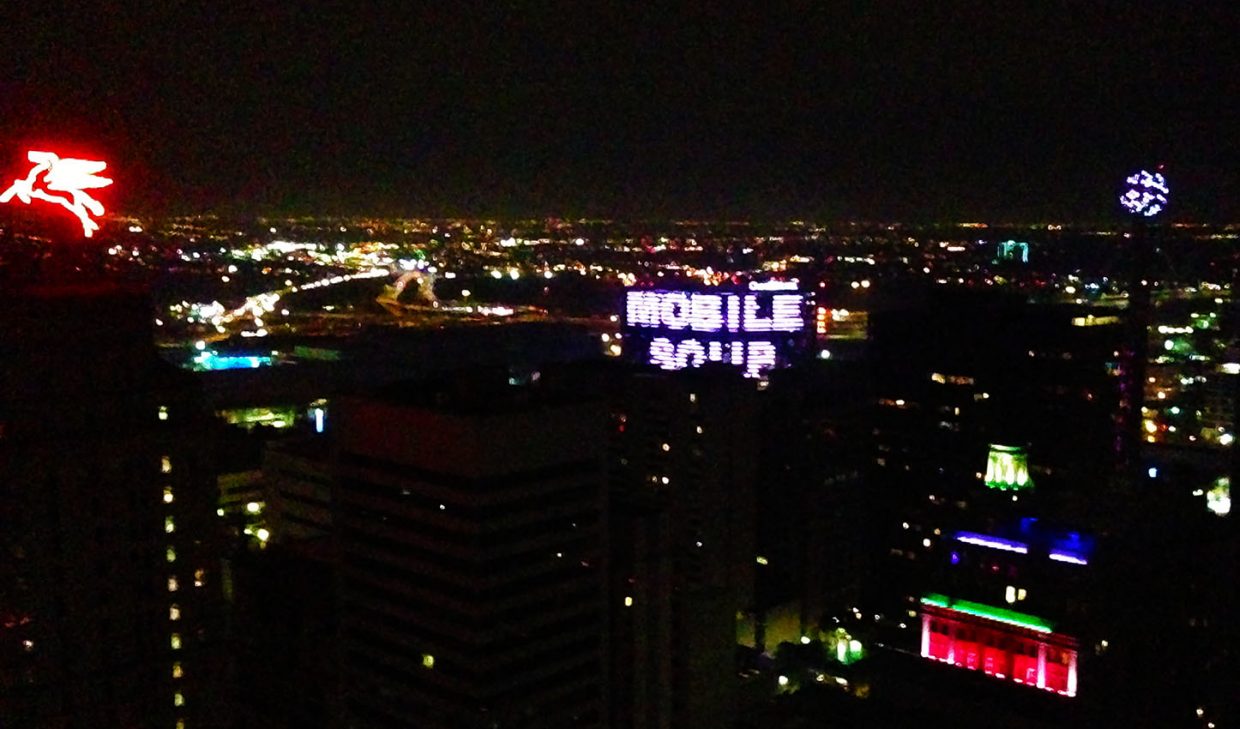 Laundry: 31 stories in the air

This Week in Laundry I see the light(s)!

I flew into DFW today. I came in from Louis Armstrong. New Orleans.

I made it to my parents’ apartment. A refuge for the holidays. A two bedroom 31 stories into the sky.

The only thing missing here are my parents themselves. I’ll see them tomorrow.

While I could have passed time exploring Dallas, I opted instead to relax in this nest in the sky. Enjoy the view. The sunset. And revel in the Dallas skyline lights. 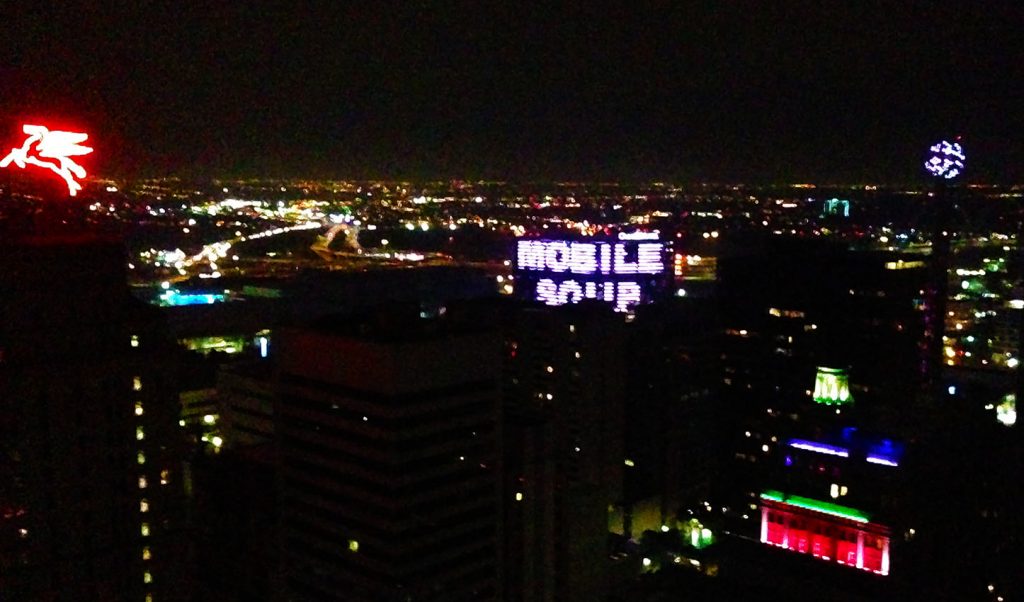 I realize now that throughout my travel, I’ve rarely, if ever, stayed in the high-rise forest of a modern downtown metro.

You could count Chicago. In the winter, hotel rates drop. And I stayed once or twice north of the loop, on the Magnificent Mile, near the famous water tower.

Or maybe Austin, When I stayed in a four-story hostel on Sixth Avenue. Just blocks away from the towering modern marvels lining congress street, where I worked that week.

In Denver I slept far away from the downtown metro.  But come morning, I commuted by light rail into downtown. Where I worked on the 14th floor overlooking the Colorado Capitol building.

And here in Dallas, it’s just about the opposite. I’m staying on the 31st floor. Overlooking historic markers of the Dallas downtown just to my south. The former headquarters of Magnolia Petroleum, adorned in brand iconography – a giant neon Pegasus. The current headquarters of AT&T, just beyond. The modern telecom megalith that keeps growing. And acquiring. And growing more.

The sun sets in the Dallas sky. It paints the skyline red. And as darkness befalls the north Texas plains, the buildings come to life in lights. If there’s anything that shapes my impression of this central metro, it is this: Dallas paints itself in light.

From the dancing lines on the Omni Hotel, to the iconic orb adorned in LEDs at Reunion Tower, to the sky scrapers lined in neon lines, highbrow art, and architectural washes filled with movement, this is a city that loves its light. It bathes in it. 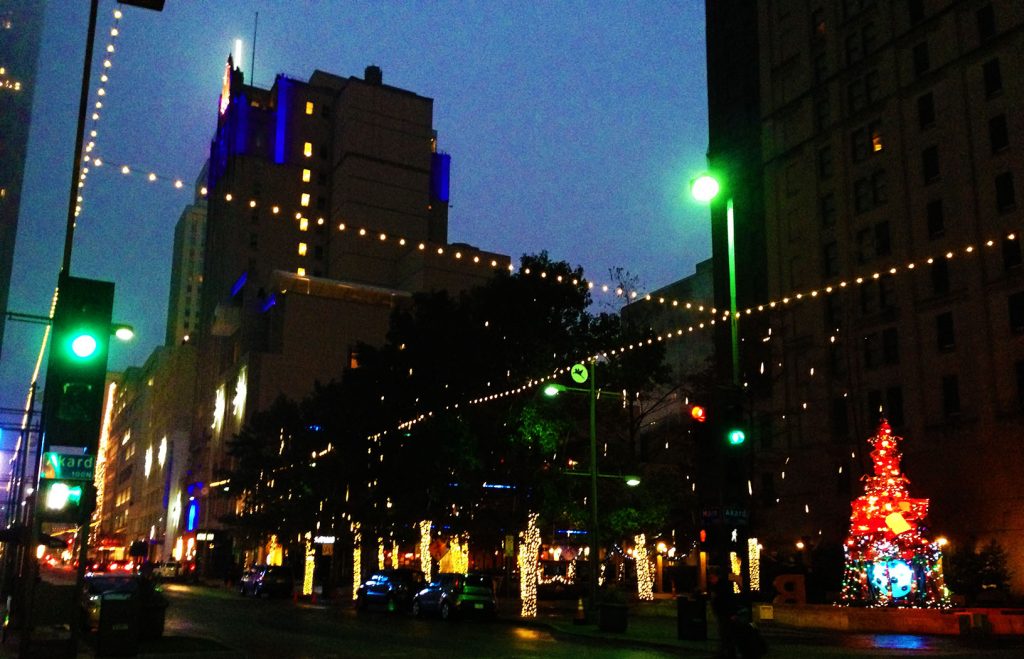 In the theme park world we talk about architectural lighting. A lot. It exists as an important component in any installation. As important as the architecture itself. Especially because there’s a significant portion of operation hours that occur at night. And the darkness pierced by light shines as yet another opportunity to create magic in whole new ways.

Not just in fanciful projection mapping exercises, painting castles, trees, and main street in video during nighttime fireworks spectaculars. But in every day occurrences that bring shimmering lights to trees. Dynamic washes on terraces. And entire mountains washed in colors ever changing. Like the recent lighting renovation to Space Mountain in the Magic Kingdom.

So I find Dallas engaging. For how it chooses to present itself in light.

I find it interesting that there’s a common motif. A preferred element here. The neon line. I keep seeing these glass tubes, filled with light, just about everywhere I go. Whether that’s on the corners of sky scrapers, or lining every floor on the Omni with ever changing light, or on artworks in the park, or as accents in downtown hotel lobbies. 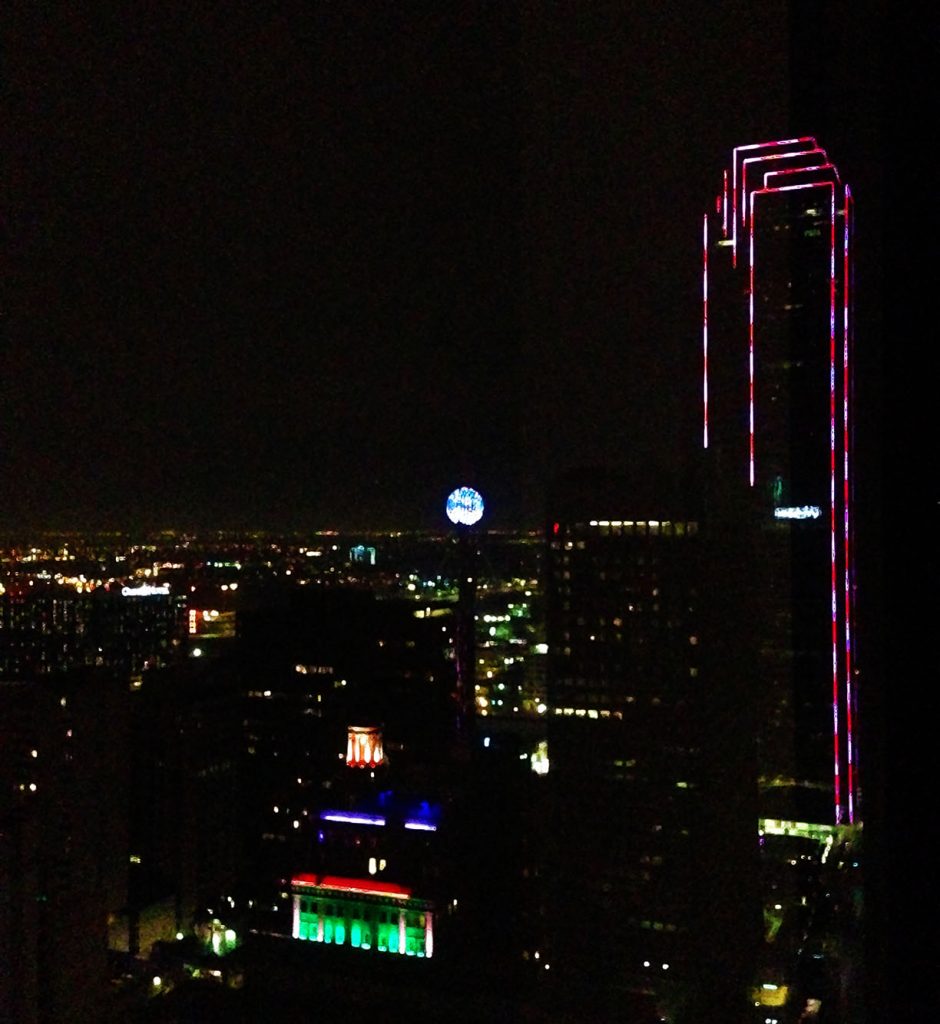 The Bank of America Palaza. Outlined in faux neon. A common Dallas lighting motif. Today, in candy cane for the christmas holiday.

And, of course, the flying horse. The Mobil Pegasus atop the Magnolia Hotel. The former Magnolia Petroleum headquarters. The corporate predecessor to Mobil Oil.

In truth, these lighting installations likely employ more modern elements than neon. LEDs diffused into rows, creating lines, are likely far more prevalent. Far more efficient. Far easier to maintain. And from far away, just as impressive, if not more so. LED wins the day as a modern alternative to neon.

But that doesn’t change the fact these downtown marvels imitate in lines of light. In the feeling of neon. Which likely was the first dynamic source of lighting used in this city than grew to adopt the technique as a part of its identity.

But it’s not the only use of light. There’s plenty of colored wash. Plenty of other examples of modern architectural lighting. Pinks and blues and greens. All throughout the downtown.

And maybe I just don’t spend enough time in the downtown sections of the major metros I visit. Maybe this dynamic display of light remains commonplace. Maybe this isn’t so unique to Dallas.

But I don’t know, and I can’t tell. Nor do I think it matters. Because my impression of this city, of any city, isn’t an instance of fact but of personal experience.

And here, in this moment, to me, as my laundry comes out of the dryer, Dallas is bright and beautiful.

A little taste of Texas Culture. Found on the shelves of CVS, Dallas.