Living: in a covered wagon on a sheep farm in Belgrade, MT

This week in laundry I prep for the next SATE proposal draft.

I feel tired. My brain is tired. I think I’m still recovering from last week’s post.

And as I recoil from my past script of monologue, I mentally prepare for future writing. In the form of a proposal for TEA’s SATE conference. It’s due in a couple of weeks, and I need to work through a draft or two prior to submission.

This Wednesday of laundry comes as a sigh between those two monumental bodies of work. 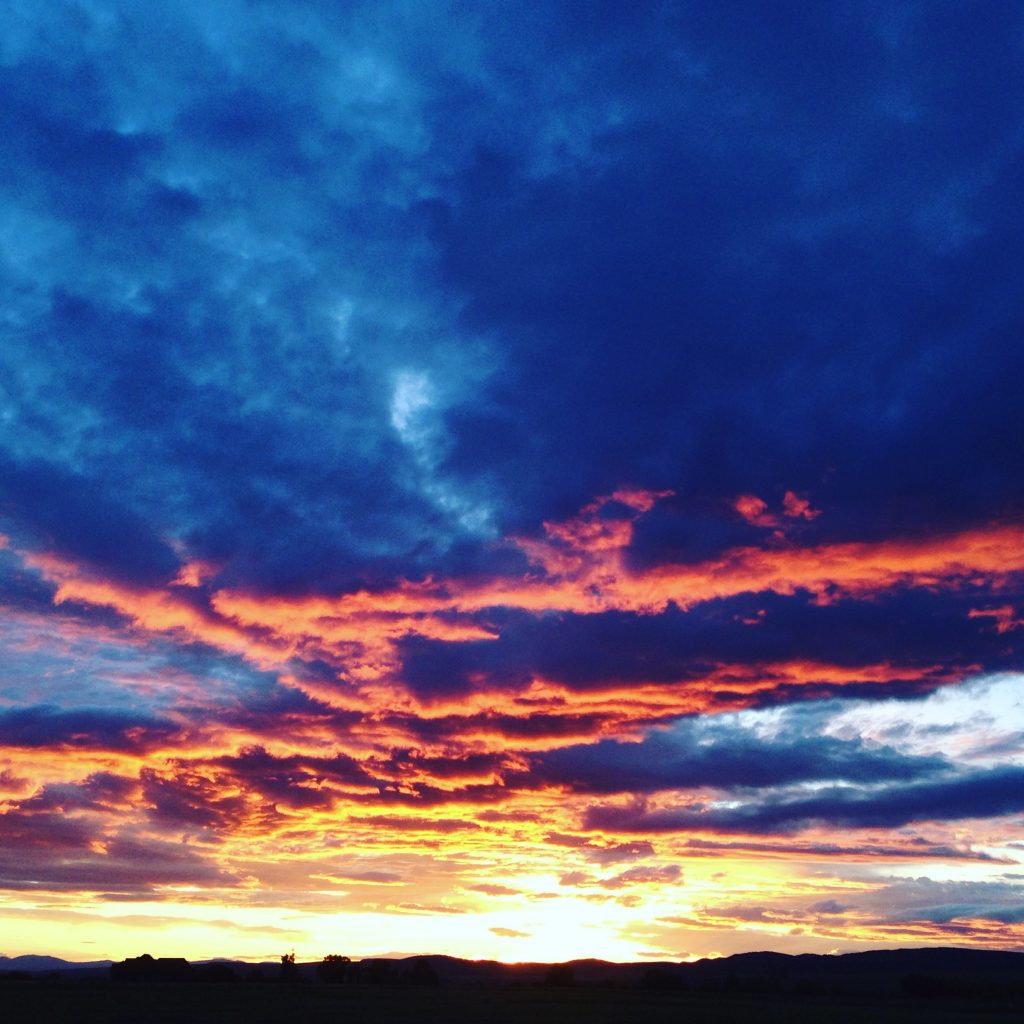 Like a sunset on Montana mountains. Paintings in the sky.

But I suppose that’s the point of laundry. At least to me. A lull between the marrow of life. A quick chance to rest, reflect, and then move forward.

This year’s SATE theme is on risk. Specifically, the role of risk in themed entertainment development. And it struck me – I happen to know a thing or two about risk and risk management. Not from the work I did at Disney, but from the years I spent working on Aerospace projects.

One of those things being standardization. In the aerospace world, the AS9100 standard governs a kind of approach to running projects and manufacturing. It’s an ISO900x standard on steroids.

So I thought – maybe it would be interesting to show my new friends in the theme park world some of the approaches those airplane guys take in managing risk in their projects.

There’s a familiarity that comes with collaborating amongst AS9100 certified companies because of that standard. It makes things predictable and easy in the approaches to projects and manufacturing.

And one of the things that the latest AS9100 standardizes is project focused risk management and mitigation.

What’s interesting about the standard approach is not just that it applies the techniques typically ascribed to the product’s FMEA (Failure Modes and Effects Analysis) to the project development process itself. But that those techniques are standardized across all certified organizations.

That’s incredibly helpful. Because the itemized and prioritized risk matrix created as a result of that exercise isn’t just a byproduct of project development. It’s also a communication tool. It’s a tool to help all members on the team be on the same page. It’s also a tool to communicate between suppliers and customers.

could you add asteroid to the FMEA? from the Museum of the Rockies

There’s a lot at play ensuring that the vast array of equipment installed into an aircraft is safe. There’s a lot of risk that needs to be mitigated.

And not just in keeping the aircraft safe, but ensuring each supplier’s component of the project moves forward, on time, despite the array of possible failures. If there’s any doubt, just look at the long list of delays and issues in the Boeing 787 Dreamliner project. Including a block of batteries set ablaze.

Standardization of project risk management and mitigation processes – especially the records of those exercises – helps each member in that supply chain communicate with each other.

And instead of a lengthy meeting to address concerns between suppliers, a quick scan of a familiar document works in its stead. It makes communication more efficient. So all teams and managers can concentrate on the major task at hand.

I find that interesting. And I thought, maybe I’m not the only one.

So I put together a quick capture of my initial thoughts – you’d call this a first draft – and fired it off to a project engineer. One with a lot more themed entertainment experience than I have.

I didn’t hear anything for a while. Which actually makes a lot of sense. Because people’s schedules are packed, and I’m really asking for a big favor when I’m asking for feedback from experienced professionals.

But I heard back from Joe last week, and he copied his company’s president on the reply. That president also happens to be the current president of the TEA – and he took the time to give me feedback as well. Really productive feedback, from both of them.

I’m very grateful Joe Fox and Steve Birket took time out of their schedules to actually listen to what I was trying to say, and understand the struggle I face in making such a presentation relevant. Knowing how busy anyone can get in the thick of their work, I felt it was a very generous contribution of their valuable time.

And they both really drove home the issues such a concept faces in presentation to a diverse SATE crowd.

First – what’s the relevance? The fact that AS9100 project management standards may be interesting and may be relevant does not make them so. So in the mixed audience of engineers, artists, and managers focused on developing themed entertainment projects, why talk about it? Why talk about aerospace standards at all?

Second – how the hell could this possibly be entertaining? That’s a huge problem. If the presentation isn’t entertaining, the message will be lost. More importantly, it would be a sad waste of the audience’s time. Everyone’s quite busy, and it takes a lot to carve out time to make pilgrimage to New York (this year’s conference location).

Anyone who’s worked with me knows I can be quite charming. After I’ve had my coffee. I think.

At least that’s what one of the leads at Imagineering R&D said, once upon a time.

And anyone who’s seen me on stage during my brief high school theater foray knows I can engage an audience. 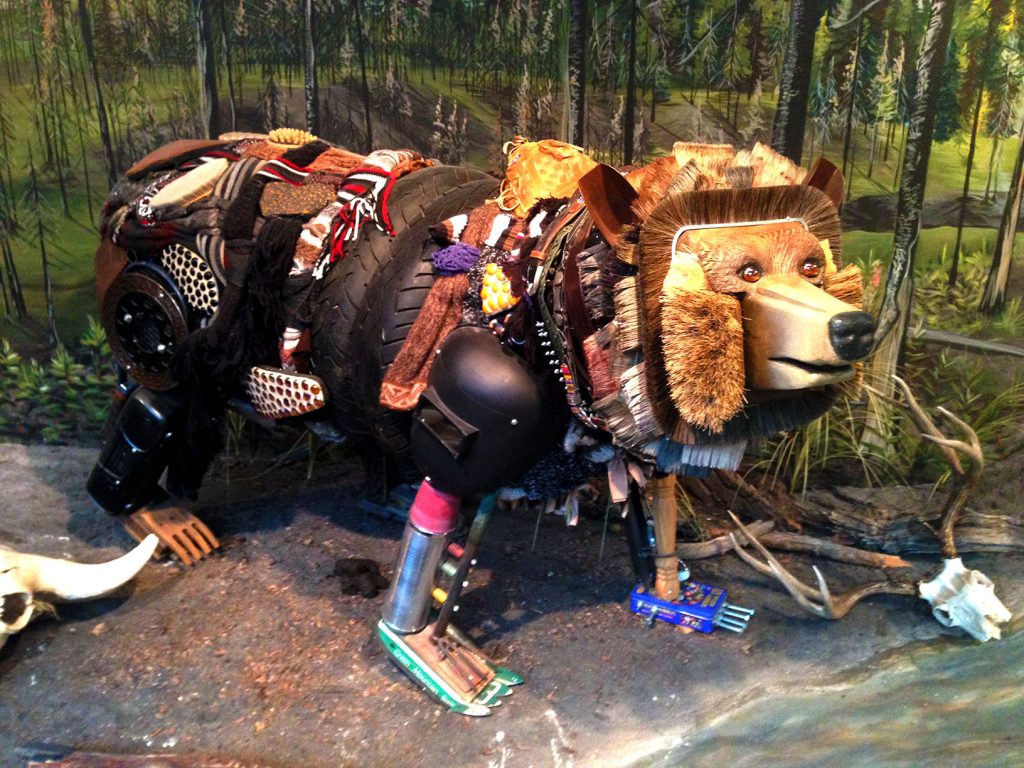 But the trick is, how do you communicate that to a handful of committee chairs who don’t know you, have never worked with you, and most definitely did not go to high school with you?

Somehow, my presentation needs to reflect my ethos. That’s the best chance for the content to shine.

So how do you make the content more interesting? I think I have an idea.

A sort of self-referential, quirky, post-modern example. A hands-on, learn-by-doing example. A live-time execution of a risk management and mitigation exercise using the AS9100 technique. The project? A conference presentation.

What could possibly go wrong?

That’s the whole point of the exercise. What could go wrong? How likely is it that it might happen? What’s the impact if it happens? Should it be mitigated prior to the presentation, or in response to a failure in the presentation?

And through the invocation of Murphy’s law, anything that can go wrong, will go wrong. So as I list my risks on the screen behind me – possible failures like my remote clicker not working – the failure ‘actually’ happens. And then I actually have to kick out the mitigation.

And that’s not the only gag. 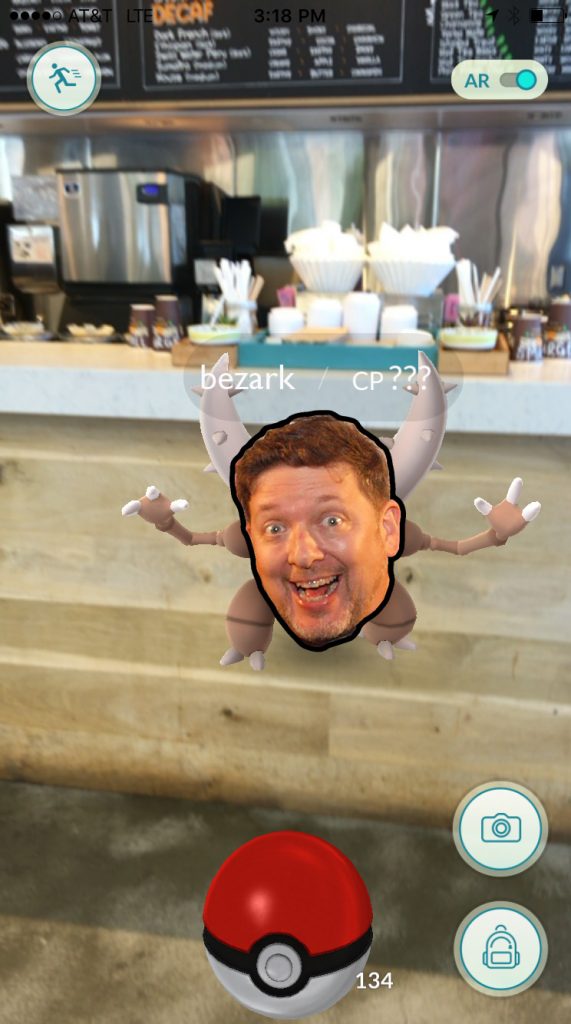 So how do you capture that in a proposal?

The best that I can imagine – by taking a post-modern, gag-rich approach as well.

So even if the concept doesn’t fit in amongst the other conference presentations, putting time into this proposal still holds value. Because it is enjoyable to do so.

And hopefully, those that have volunteered their time towards the concept’s improvement might find value in the final product as well. Even if it falls short of relevance in the conference. By being entertaining to read.

And with that thought, this week’s laundry comes to a clothes. Time to get writing. Proposal style.

By next week’s wash, I hope to have a new draft.

I’m gearing up (statue from the Bozeman Library)