I find myself once again in the company of the Superwash Coin Laundry. I’ve not been since Death, Taxes, and Laundry.

It happens to be the closest laundromat to my airbnb. And I suppose that’s the nature of life’s rhythms; even in travel we sometimes revisit those places that puncture our pasts.

And as it is with places, perhaps it is with blogposts as well. For today I continue the work I started in Nomads, bags, archetypes, and cliches, part I – focused upon Nomads and Bags – to follow up on the complement with Archetypes and Cliches.

To be cliché, at a minimum, is to be unoriginal. But more so – to the extent that an over-chewed tendon gristle feels – lost of flavor, exhausting to the jaw, and yet still indigestible in full. An unfortunate remnant of the meat of content that came before it.

To lay the term cliché upon a thing expresses a sense of invalue from an exhaustive overuse. 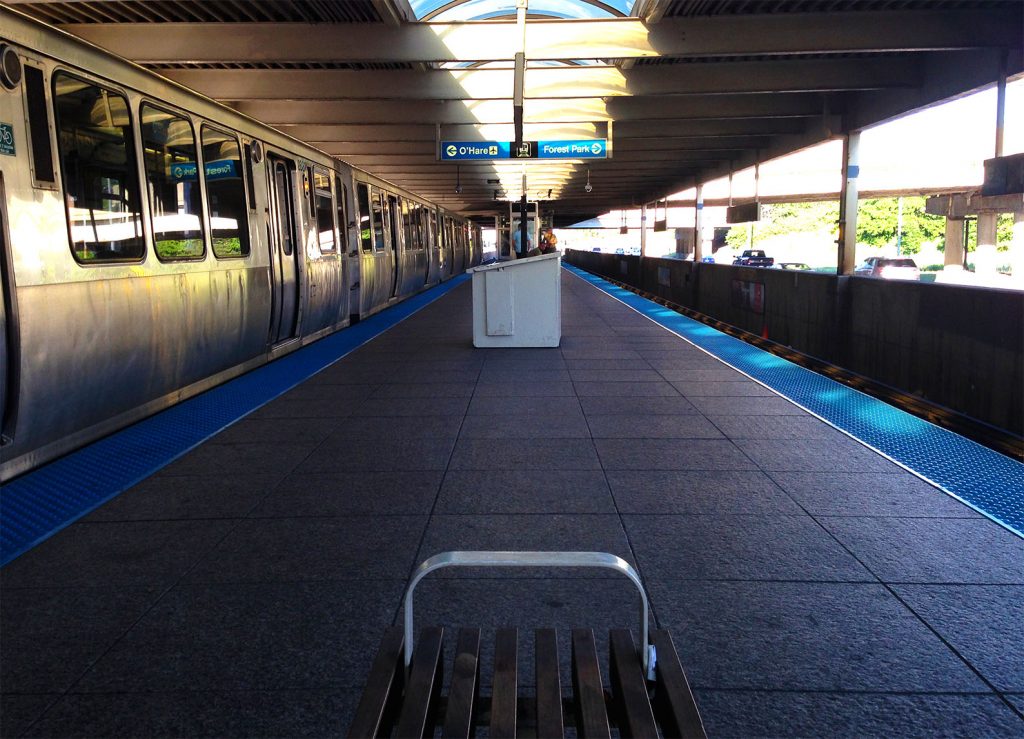 Does the amount of time I spend on this train count as a cliche?

Our friend merriam-webster defines cliché as

That’s true of a cliché phrase, but we use the term on much more than just phrases. My blog is not a phrase, nor are the posts. So the term can apply to content on the whole.

“something that is so commonly used in books, stories, etc., that is no longer effective”

Which is to say dry of the moist meat of content – so much so to lose its effect. Void of value from overuse.

And yet maybe despite the risk of cliché, my bag exposition held value. If so, then it holds its effect, despite its overuse. A blogger can only hope.

Value is in the mind of the reader – so really I cannot know for certain.

My nomad bag topic most certainly was unoriginal. But I’m not the only writer to reuse content.

I learned so at the EMP museum while in Seattle, wherein resides an exhibit on Fantasy. The exhibit expresses a beautiful thematic tone of fantasy – complete with a slumbering dragon and faux medieval styled interior, amongst a wide variety of costumes from fantasy film productions. 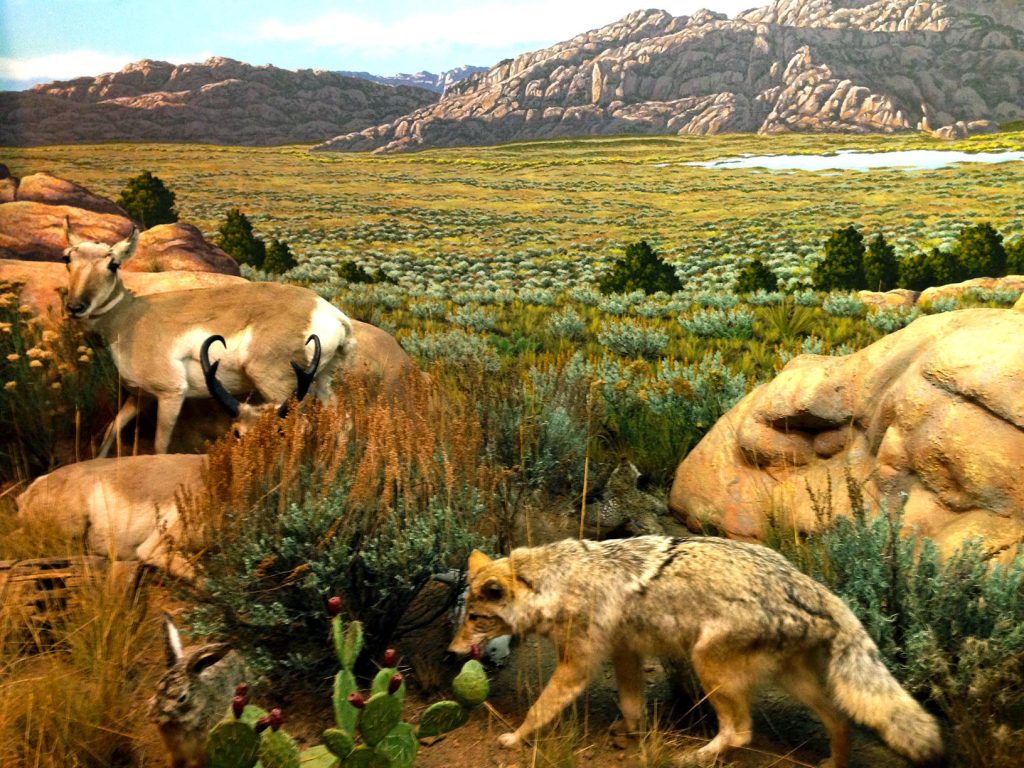 At the entry the EMP exhibit introduces the concept of an Archetype. It is the story form of reuse and reappropriation, but without the archetype transcending into cliché.

The exhibit introduces the concept of Archetypes through character Archetypes – characters such as the Wise Wizard, the Rogue Paladin, the Unlikely Hero, or the Witch. An extended introduction on the character traits of the archetype accompany each title and pictorial representation. There are over 20 character archetypes listed.

With each artifact, be it from The Lord of the Rings, The Wizard of Oz, or The Princess Bride, the exhibit presents the associated character’s archetype, as identified in the exhibit’s entry introduction.

What also caught my eye in this exhibit is an interview with renowned producer and author George RR Martin, the source of his series a Song of Ice of Fire – the basis of HBO’s Game of Thrones.

In the interview, Mr. Martin addresses the importance and difficulty of worldbuilding. And he makes an interesting example to underscore his point. He dives in to the background and history of the rise in popularity of The Lord of the Rings series in America, due largely to a surge in bootleg copies of the story in the 1960s. He points out that in dorm rooms all across America, young students were so taken with the work that they took to displaying Lord of the Rings posters. Decades before the movies would ever be made.

And unlike the movie posters, which feature all manner of characters photographed through their actors, these posters featured but one common piece of the Hobbit’s epic story. And it wasn’t a character at all. Nor a weapon. It was a map of Middle Earth.

In this revelation, George comes to exclaims that in The Lord of the Rings, Middle Earth is the most important character.

And for every archetype that Tolkien employed in the construction of his characters, the rich and detailed realm of Middle Earth, with its unique configuration, its unique diversification, its unique climates, it unique cultures, and especially its deep, rich history – a sort of backstory that seeps into the fertile fiction earth itself – is no archetype at all. It is unique. It is original.

Middle Earth in all her details are what keep the story of archetypes from descending into the perils of trite cliché. 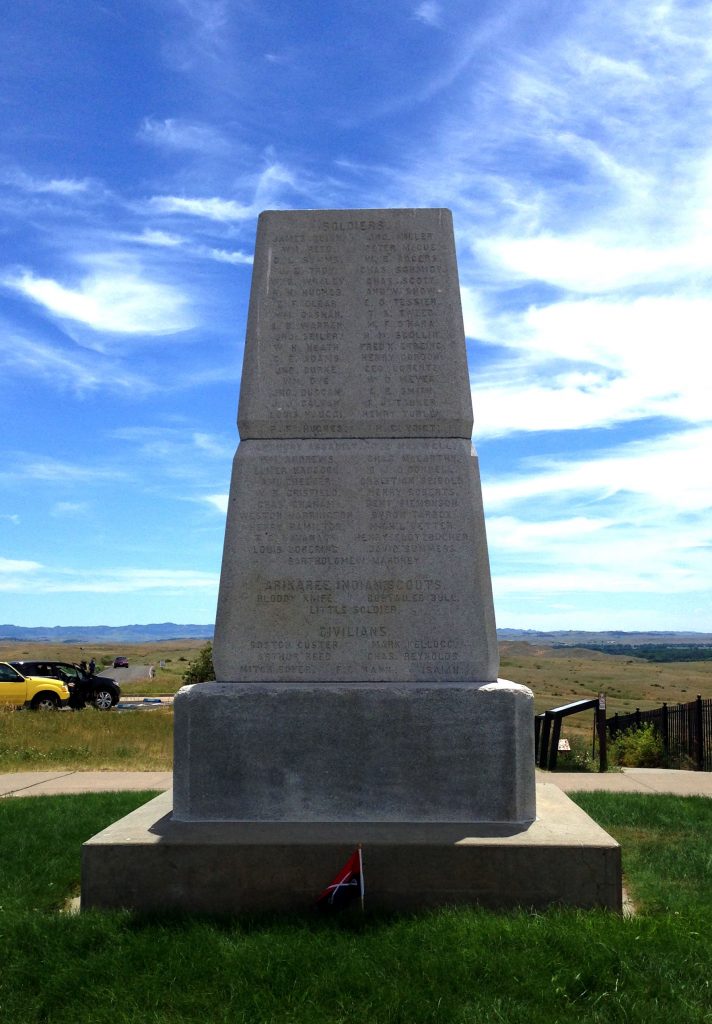 The Richness of a world expands through the backstory, like the history of battles that soak the land. This monument marks the location of the hill where Custer died in the Battle of Little Bighorn

Nathan Bransford writes as much in a piece entitled Archetype vs. Cliché. It really underscores how the rich worlds built around Harry Potter or Luke Skywalker keep these rather re-used characters and plot lines from feeling anything but. Their worlds are epic. The worlds are expansive in size and scope.

But the worlds are also rich in backstory that roots into the every pore of castle stone, or every grain of sand, just waiting to be discovered by our characters as a part of, in aid to, or as impediments against their plot goals. 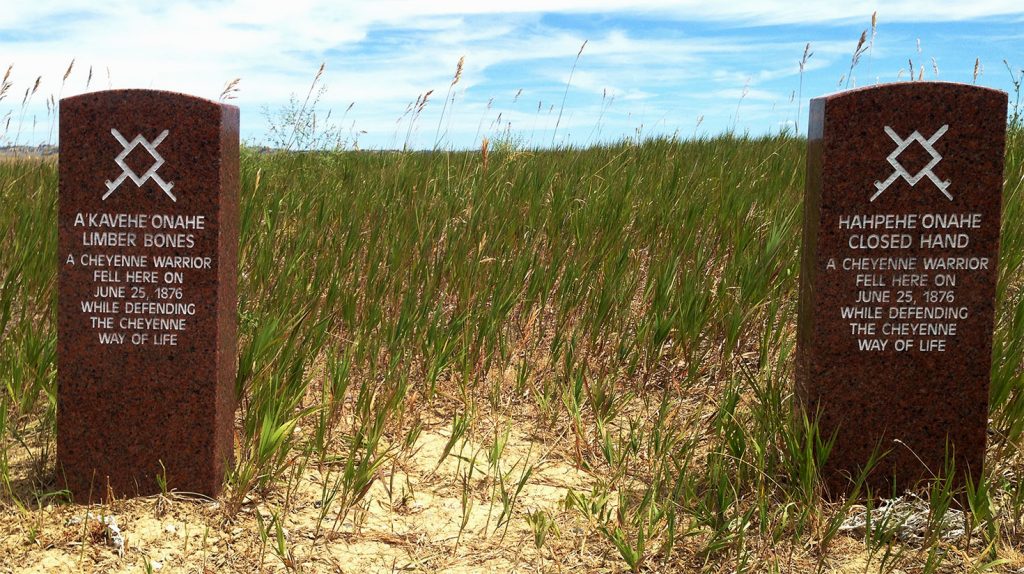 Markers of fallen Native Americans in the Battle of Little Bighorn 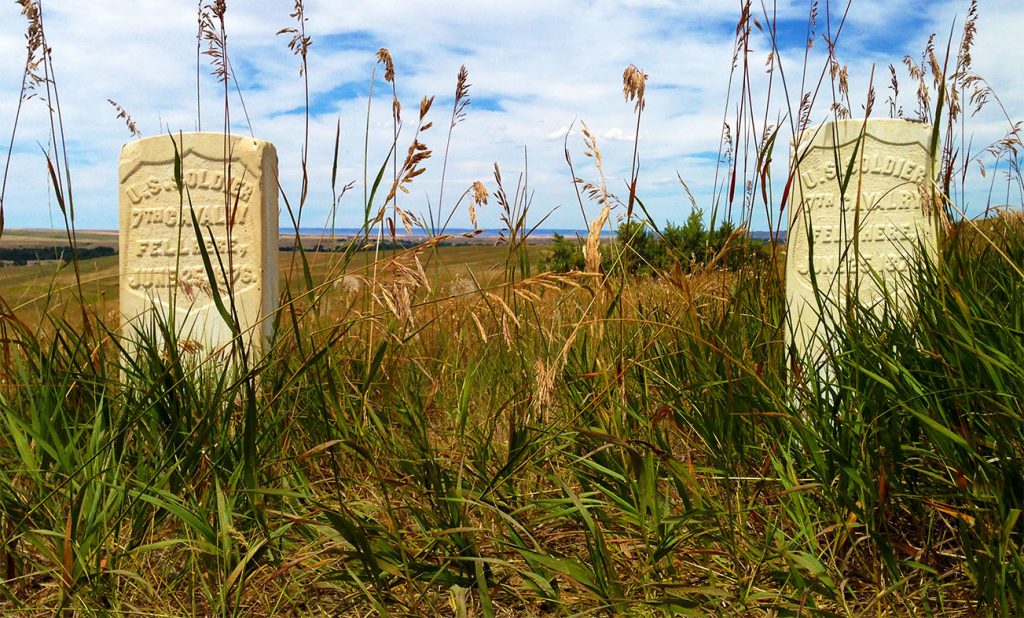 Markers of fallen Calvary on the same battle field

It should be no surprise that each of these realms are accompanied by immense merchandising demand. My Ravenclaw sweater in Nomads & Bags serves just one example.

Merchandise allows us to access these worlds. We get to play with these worlds through the merchandise. We get to experience a different component of the story. We may change the plot in our heads, or fudge the details – all is fair game in the experimental realm of play – but in each we hold a concept of the world as we create within our heads. We access that warm concept through all forms of media: the book, the film, and most especially the merchandise.

In fact, the tactile qualities of merchandise that we touch and feel are a much more direct form of play that grants us access to that story world. It’s a much more obvious form of play than the very cerebral from of play we experience when we read a book or watch a film.

When reading a book or watching television, the play from story consumption only occurs within our heads as we hold the alternate world there, and work through the characters, plot, emotion, and all other arcs. Merchandise has a tactile quality to it – it can be held and manipulated – so it lends itself to a much more direct form a play. A much more observable form of play.

The play we experience with merchandise, which gives us access to this story world, is very clearly play, but much less a form of passive consumption.

Yet very clearly story is a part of that play, because the story world is present in our minds as we engage in that play.

But now we have a chicken and egg problem – which came first, the story world from the story consumption – a book or film – or can merchandise be used to create story, simply when we form a story world around it?

The latter must hold some truth. I can take an Elmo doll, and have him play with a wand from Harry Potter, on Tattoine. All is legal in play. And through that play, I explore this strange world that I’ve created, with its own deep backstory to discover. Like how Elmo got to Tattoine. With a wand. 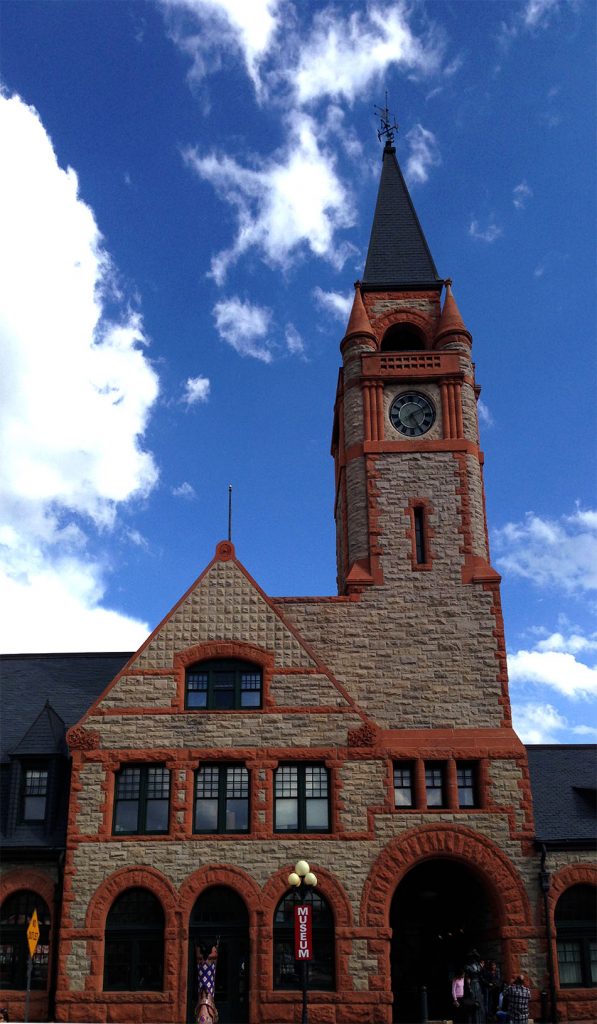 In order for the story to exist, there must first be a world.

And maybe, here we find a simple definition for the special kind of play we call story.

Story is a form of play which engages a world other than the one presently in front of us.

And just to be clear, engagement is non-static. Engagement means an arc has to occur. Something must change. Even simple movement, or being present in a space through a passage of time, counts as a part of this engagement. But the motion, the arc, the engagement needs to be present.

And as a result, we change with it.

As a location based entertainment creator, I couldn’t be more delighted with such a definition. For it means that engaging story in the spaces we create is the key to creating great spaces. And creating great stories is a matter of creating rich worlds in those spaces. Historied worlds. 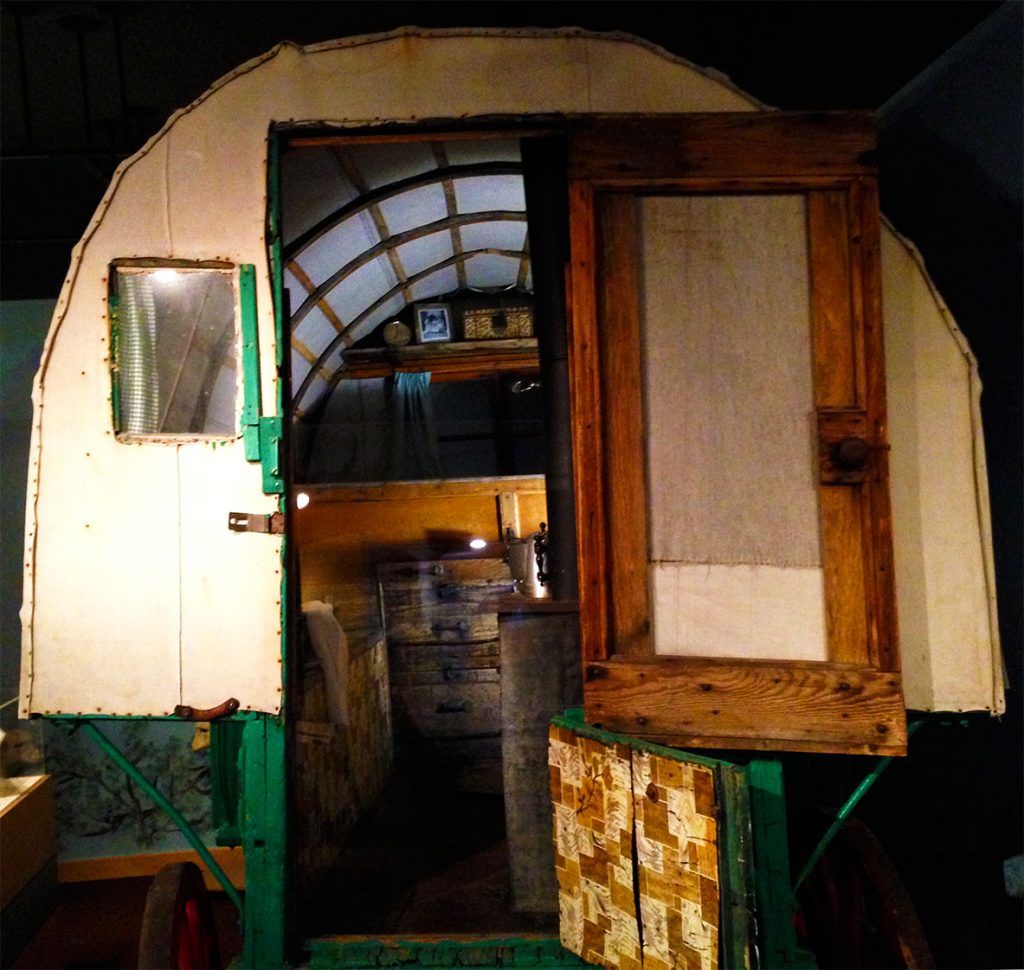 The quality of the story world, whether fantasy, or of a past history, such as this covered wagon in the Wyoming State Museum, depend upon the richness of detail, often through a back history of culture.

In some ways, this is the space I try to sculpt each week in laundry. No matter the topic I choose to write about while doing the wash the post is filled with photos that capture the world as I travel through it, with captions or in direct application to the content at hand. I bring my ever changing world into the post, intermixed with the writing. The motion of my life shows through the post as motion of and through the world.

So maybe through all that motion I avoid the cliché. With one exception – in the first half of nomads and bags, no energy is given to capturing the rich world around one. All focus rests upon my tools in things. Informative, yes. But without access to a rich world to deepen the story, perhaps that post really does run aground of a cliché.

At least it admits as much.

In any case, my clothes are dry. My bag is empty, and it needs to be filled. 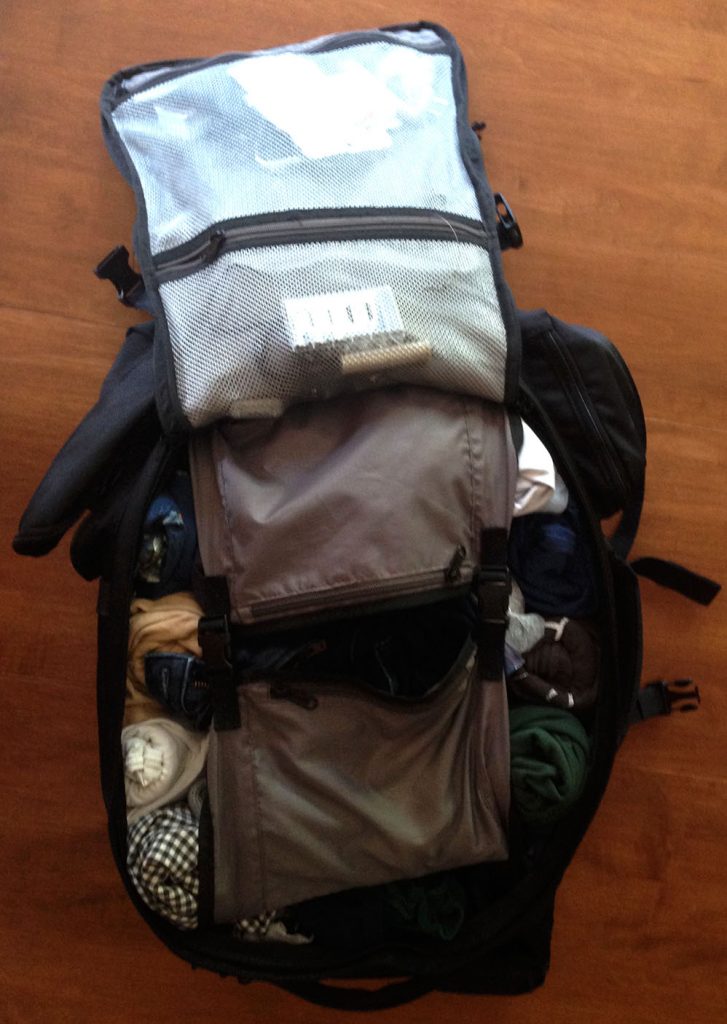 And through this weekly cycle of refilled bags and rewashed clothes, I go out to explore this rich American world.

Happy 4th of July everyone. 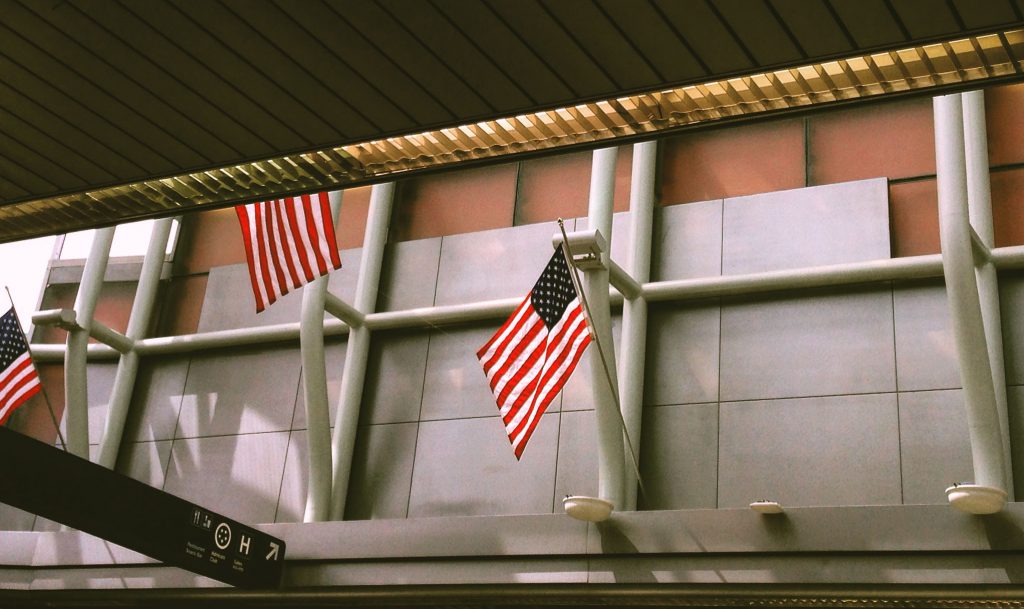