This week in laundry I learn that laundry machines can send text messages. 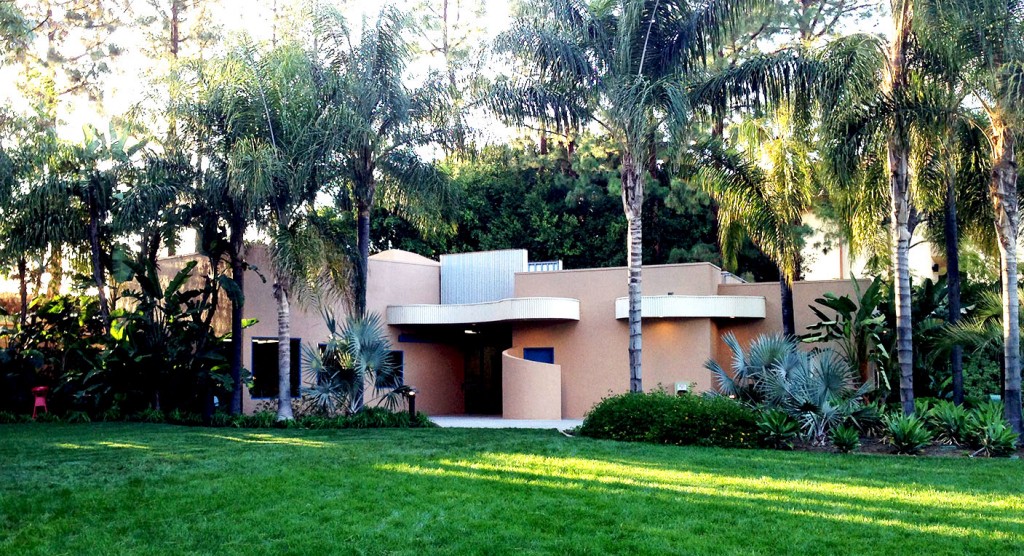 The Bunker on the Disneyland Hotel Complex housing the laundry facility

It’s from this small facility on the Disneyland Hotel property that I find the laundry room, though it feels more like an abandoned bunker out of Jurassic Park. Sans raptors.

The doors have closed on the 2016 TEA Summit. The summiteers have consumed their drinks, exchanged their cards, and basked in the glow of genius radiating from the generosity of the skilled who elect to share it with us.

The summit consists of two days with industry overview alongside a series of case-study presentations from this year’s THEA award recipients. The THEA’s will be held here tonight on the hotel campus as well – though I’ve opted to forgo the experience, on account of need to rent a tuxedo, or the cost of the event, or to recover from a budding cold. Or some other excuse.

For the unfamiliar, the THEAs are an award ceremony, similar to the Oscars, Emmys, Grammys, Tonys – whathaveyou, but for the Themed Entertainment industry. Along with its contemporaries, the THEAs round out this pentafecta of coveted recognition affectionately known as a TEGOT achievement (for the 30 Rock fans). To my knowledge, no living soul has yet achieved the full #TEGOT status.

Incidentally, that Jurassic bunker seems much less exotic, if not more hidden, when the TEA summiteers lunch before it. 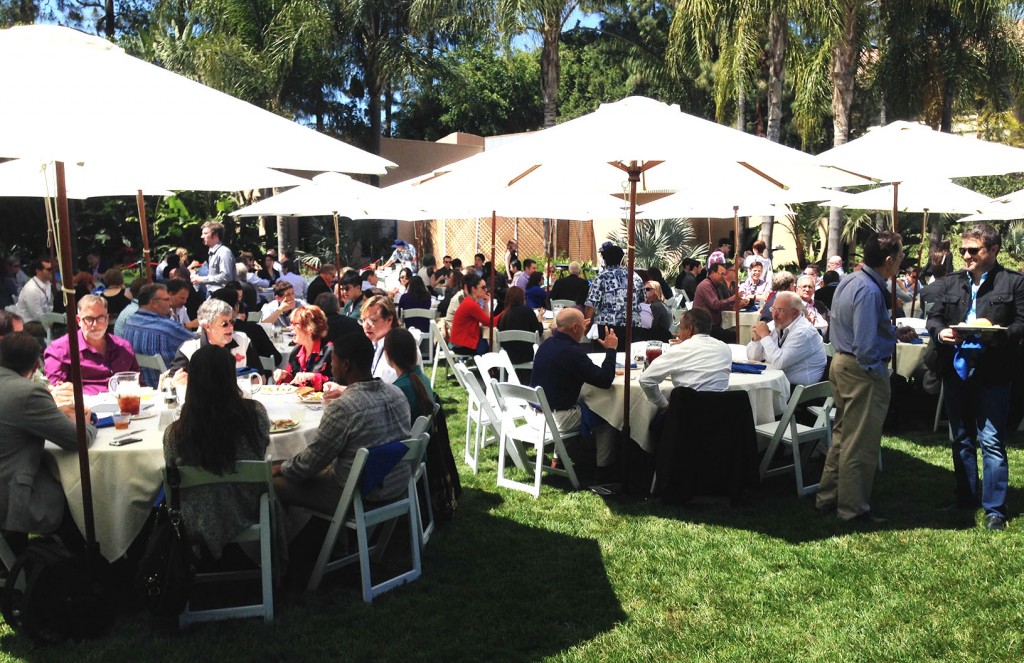 Today’s wash at Disneyland begs an exploration of relevant-to-me subjects, from my definition of storytelling and why I find the Themed Entertainment industry so compelling, to economic and behavioral trends in middle class consumer spending and their associated effects on capital investments from location based entertainment companies.

But perhaps the best topic to scrub relates to a subject that I’ve thought and spoken about circuitously over the years, but have never yet bothered to put into writing – and that is the Cahiers du Cinema and their relevance to the immersive theme park experience.

For all intents and purposes, the commercialization of film in a publicly distributed form, through the movie house or a vaudeville show, holds earnest roots in the turn of the 20th century. The first major movie studio, Universal Pictures, was formed in 1912, and in 1927 the first words were spoken on screen in the Jazz Singer. In 1951 the premiere Cahiers du Cinema published. That’s a nearly fifty-year span between the industry’s grounded launch, and the first Cahiers publication.

Today we take for granted that film is an art form, with some forms higher than others, as well as some notion that the director acts as a sort of author of the film (though I often disagree with the idea that the director is the author of a film, since film is often such a highly collaborate form of art).

The reason we take these notions as cultural norms derive from the Cahiers. The Cahiers form, or at least represent through their fame, the establishment of serious film criticism. And it’s through the Cahiers that we first see the arguments for auteur theory—a theory which stipulates that the director acts as the author of the film, the guiding force for its tone and execution, much like the novelist is the author of her novel—despite the massive, collaborative, and very often commercial establishment behind the film’s production, distribution, and exhibition.

Prior to the Cahiers, serious criticism in narrative story was primarily the realm of print—the novel or the magazine. Film, on the other hand, was a mass-audience entertainment. It was born of the circus and of vaudeville. Although the Hollywood star machine, as well as the world at large, had carried it forward from that origin point, it was still largely considered an entertainment of the people.

It was only after the publication of Cahiers that the momentum shifted. The tradition of narrative criticism reserved for print now held an application towards the cinema. And since the cinema was a completely different narrative form, far more visual, more aural, and more directed (less opportunity for imagination) than the novel, it required a new set of tools, as well as new insights, in addition to the developed and practiced analytic modes employed toward printed narrative.

In the wake of Cahiers, we saw not only the French New Wave, which ushered in a new form of film, and by it a new understanding of film, we also saw the emergence of additional journals and analysts. We saw the adoption of criticism into the main stream university system. And of course we saw the industry shift and mature in whole new ways.

Speaking of intents and purposes, for all of the intents and all of the purposes that I can muster, the themed entertainment industry was born in 1953, when Walt Disney formed the production group responsible for creating the Disnelyand Theme Park. Note that this moment is neither when the first idea for the park came to Walt, nor was it when the park opened. This is the first moment that money was used in earnest towards the creation of the assets – and hence the establishment of industry.

The Park was unlike anything that had ever been created before. While it may have roots in the amusement park, Walt was well aware of this and made a point to create a park that was counter to what he considered the dirty carnival experience. It was a place with themed lands – a place of stories that afforded an opportunity not unlike walking into one of the sets of the Walt Disney Production company (which was, at the time, a completely separate publicly held business). This moment was the establishment of themed entertainment as we know it today.

It should be of little surprise then that the Themed Entertainment Association chooses to hold its award gala at this location each year.

It’s now 2016 – 69 years after the industry’s birth. We’re only just starting to see experiential entertainment – the broader term for location based entertainment or locative media, and a wider catch-all term for themed entertainment – explore richer subjects in what we might consider high-art forms, not too dissimilar in context to film from Dali’s experimental films, and later the work of the Cahier crowd through the French New Wave. Prime modern examples might include New York’s Sleep No More, or England’s Dismaland – a production from the notorious street artist Banksy. I’ve read articles about experiential artists, and how their medium is only in its infancy – though in my mind, the medium (really a conglomerate of media) began in earnest nearly 70 years ago.

Although the high-art media forms have begun to appear, I have yet to see in prominent awareness a journal of writing, or consistent school of thought, towards themed entertainment in a way that was as profound to the commercial industry, and its applications to academic study thereof, as the Cahiers were to film.

And much the way the themed entertainment industry itself borrows from the disparate industries of construction, theater (set design, lighting), film (lighting, edited narrative, multimedia), and industrial engineering (the things that make things move), academic criticism of themed entertainment can and has borrowed from the existing and established academic style and mode, such as the work from a colleague of mine on the lighting techniques and their emotive outcomes of Disneyland’s Pirates of the Caribbean attraction, in the mode, style (and for the purpose of) traditional theater lighting analysis. 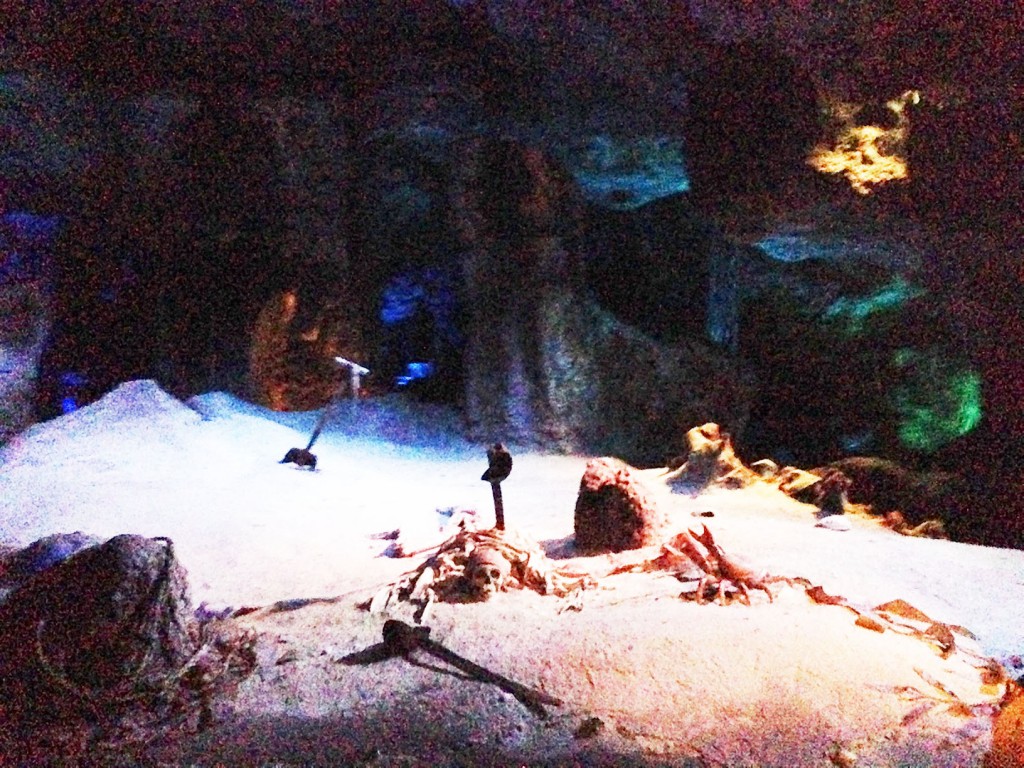 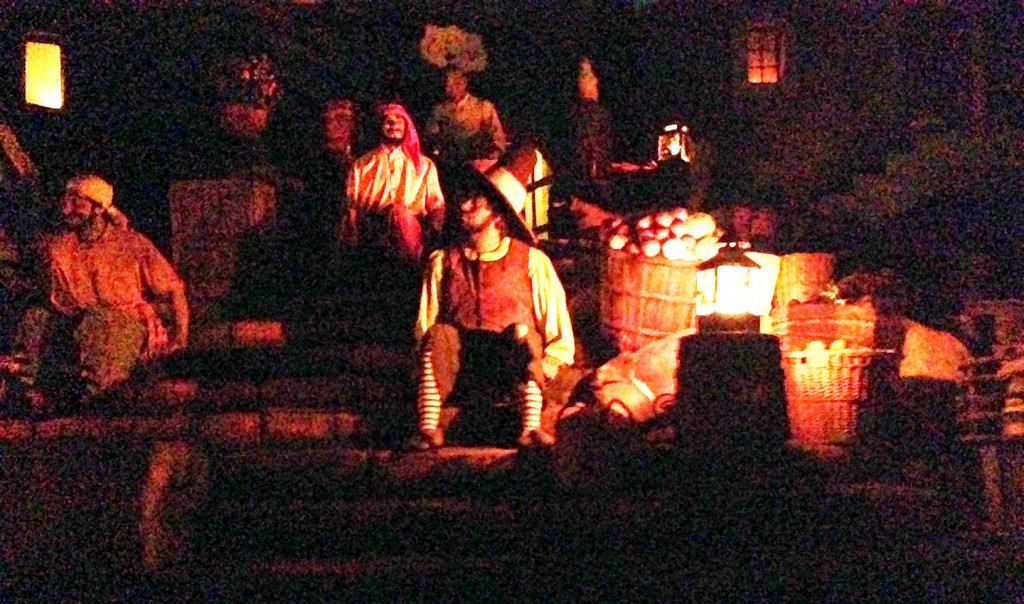 Such analysis creates value in the exploration and improvement of the craft, much like film analysis deepens our understanding of film technique, and sharpens the skills of future industry developers.

So it’s not that the analysis can’t exist or isn’t pertinent, because it already exists, and has already proven valuable. And it’s not that themed entertainment and the broader experiential entertainment is not valuable as higher art – because Punchdrunk (Sleep No More) and Banksy prove that notion wrong as well. But it’s that the broader movement, such as the cohesion of analysis into a single academic journal and the broad adoption into the university as a separate mode of study, has yet to occur.

Much like the Cahiers borrowed from existing story analysis techniques, but expended to include new techniques to address the unique facets of the medium, the establishment of experiential media analysis will in turn borrow from accepted analytical techniques in related media, but will also need to adapt and develop a toolset to address the unique aspects of experiential, location based, and themed entertainment media.

Plus I imagine field research might look a bit different from theater and film. 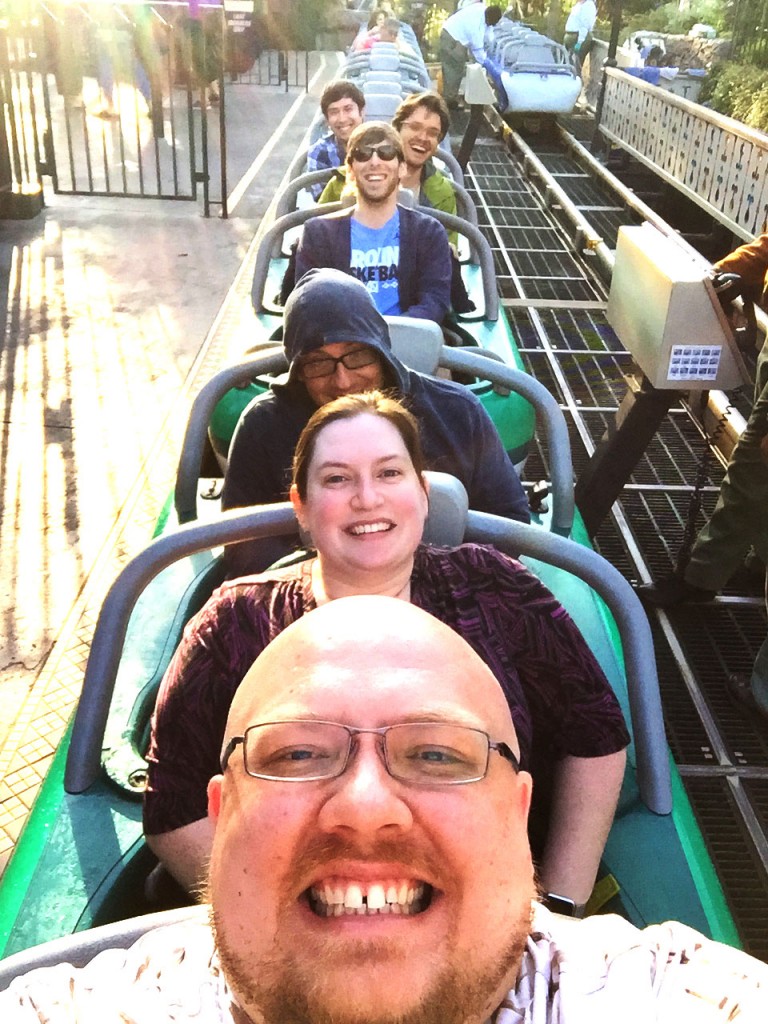 Themed Entertainment Field Research on the Matterhorn at Disneyland

So my friends, where is our Cahiers des Attractions d’Amusement? Where is our New Wave? And where is all the depth and growth that comes from it?

With that, I’ve just received a text from my dryer telling me it’s finished the cycle. How’s that for a technology rich location based experience?