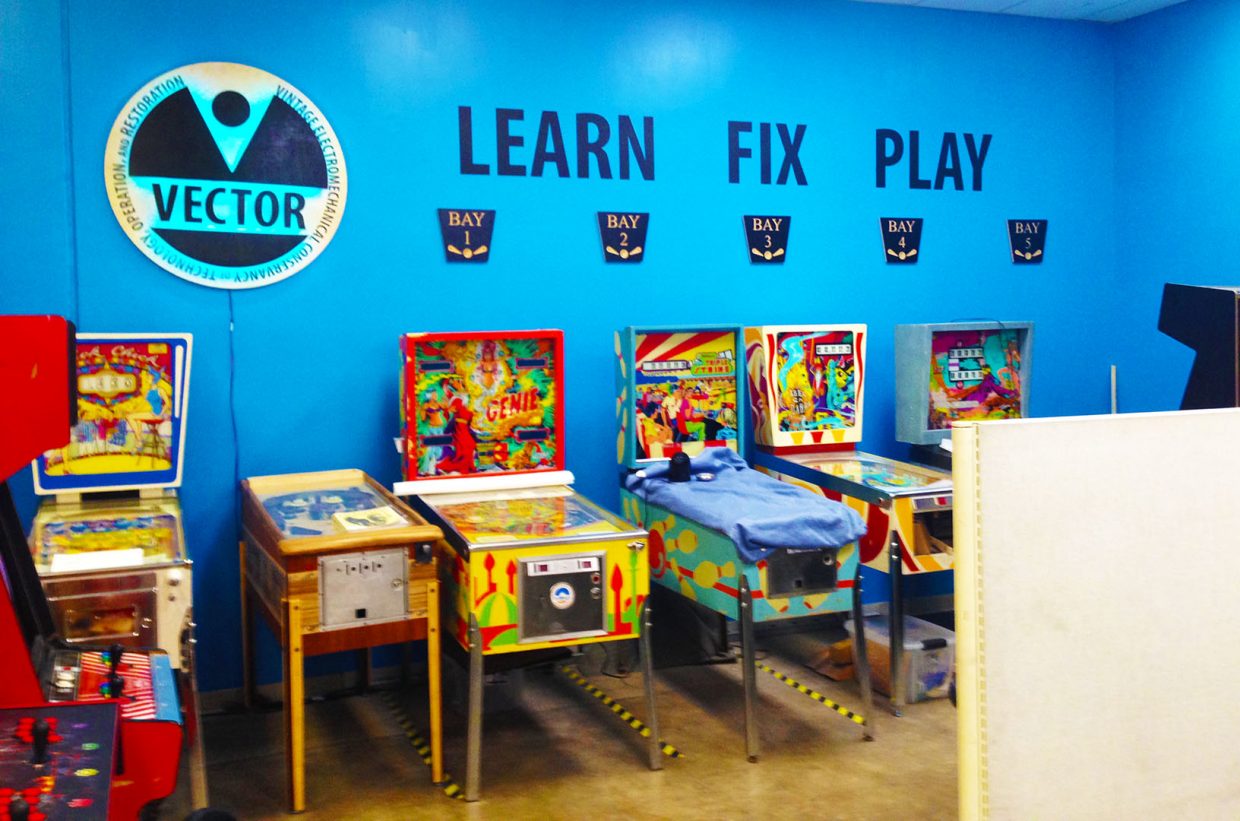 Living: 31 stories in the sky, Dallas

Working: 31 stories in the sky, Texas

This Week in Laundry I joined the Dallas Makerspace.

I first encountered the maker movement, in the form of a makerspace, when I lived in Chicago. I had a project – an interactive light element for my punk band – that required a good bit of woodwork to pull off. Not exactly something I could pull off in my small apartment.

So I searched around. The parks district maintains a handful of woodshops. But it seemed restrictive to my needs – plus I planned on acrylic work.

That’s when I came across pumping station one. The Chicago makerspace. Newly relocated into a larger location containing full wood and metal shops. I joined sight unseen.

While I came to PS1 for the woodworking – it was the community that I found so engaging. I’ve made several friends through PS1. I even taught a class. Though I never did get around to finishing that light project in its full 8 foot format. 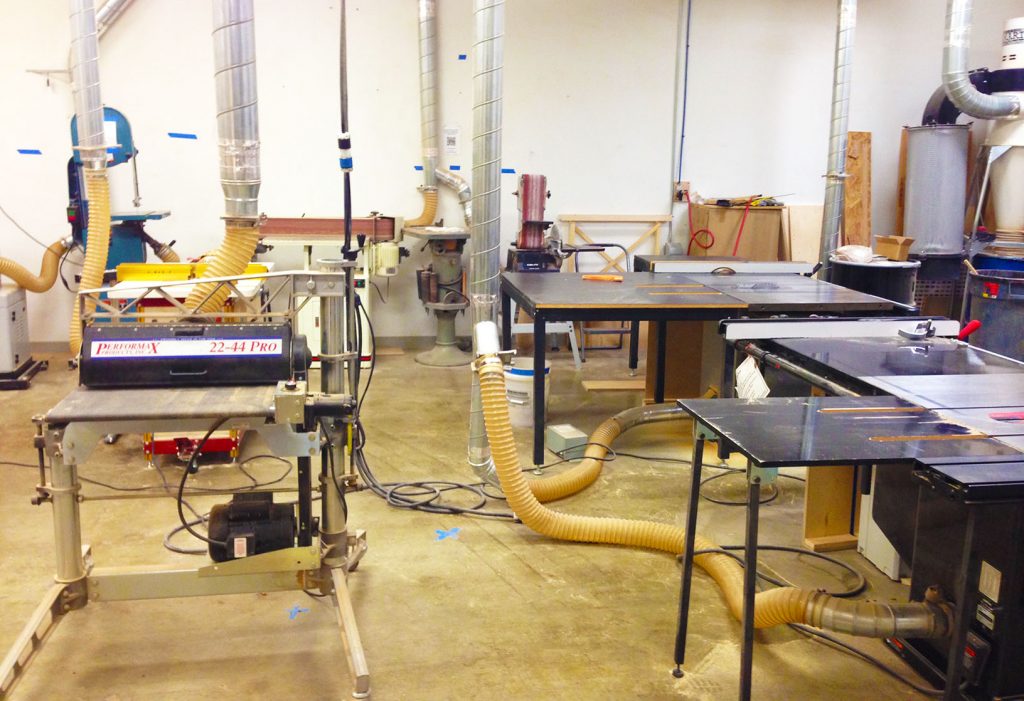 Ah woodshop. A valuable component in any makerspace. The DMS woodshop – fully stocked with all sorts of helpful tools. 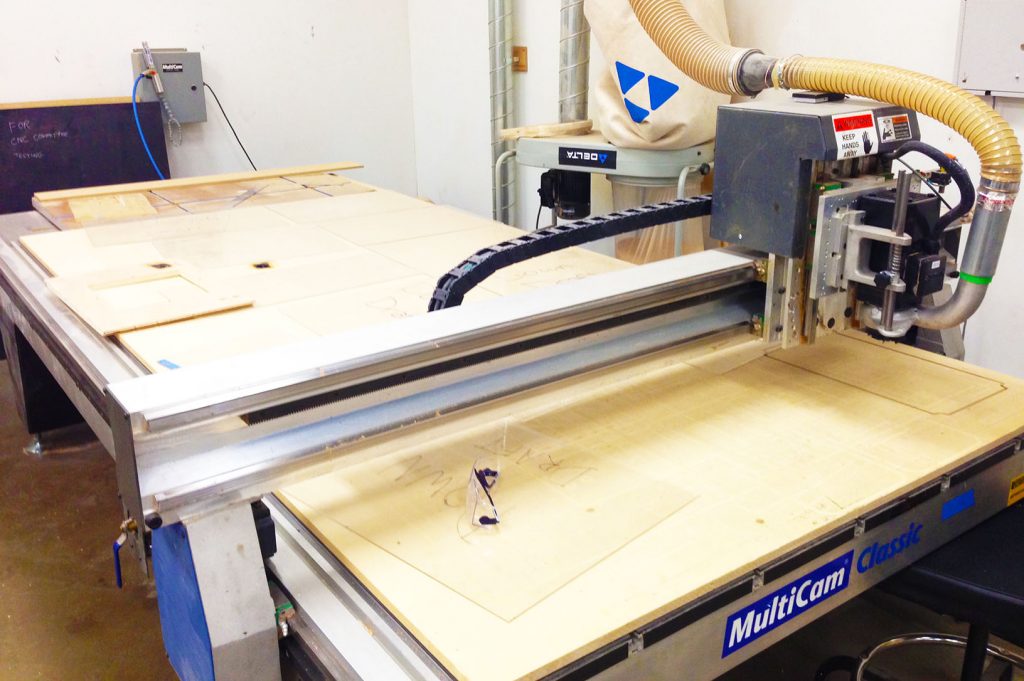 The Multicam – a three axis CNC wood router for large format. I wish PS1 had one of these when I first started. (PS1 does own a shopbot now).

In 2016 I found the opportunity to visit many a makerspace. Or hackerspace. Depending upon how the organization chose to identify itself. The largest was in Longmont, CO. The most engaging was in Boulder, CO. A small space. But I spent an hour after the weekly meeting helping someone with CAN protocols (a specialty of mine). They were trying to hack a wheelchair motor protocol. So to make it autonomous. It was part of a DEF CON presentation.

Boulder’s space was fairly small. Like Pittsburgh’s. Not as small as the one in Bozeman MT though. Asheville, NC had an interesting space as well. A very well engaged space, for a metro that doesn’t hold much of a tech scene.

The autoshop at DMS. Complete with lift, gantry, and parts washing. A feature I’ve not seen in other spaces.

All in all the Dallas space shows rather impressive. Larger than PS1 when I was a member. Second only to the space in Longmont. Plenty of 3D printers, laser cutters, Wood & Plasma CNC machines, and even a six axis HAAS mill. 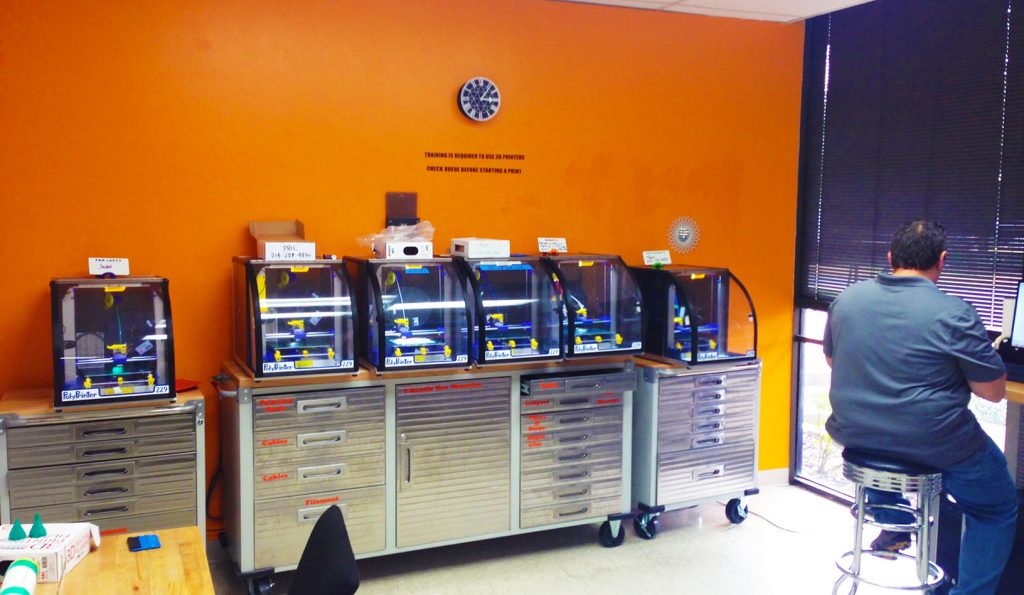 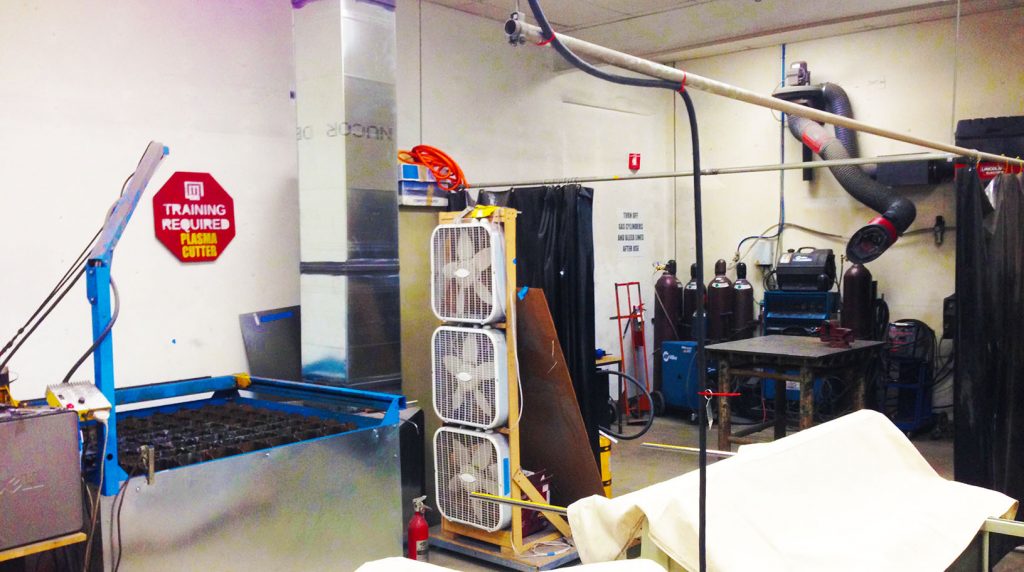 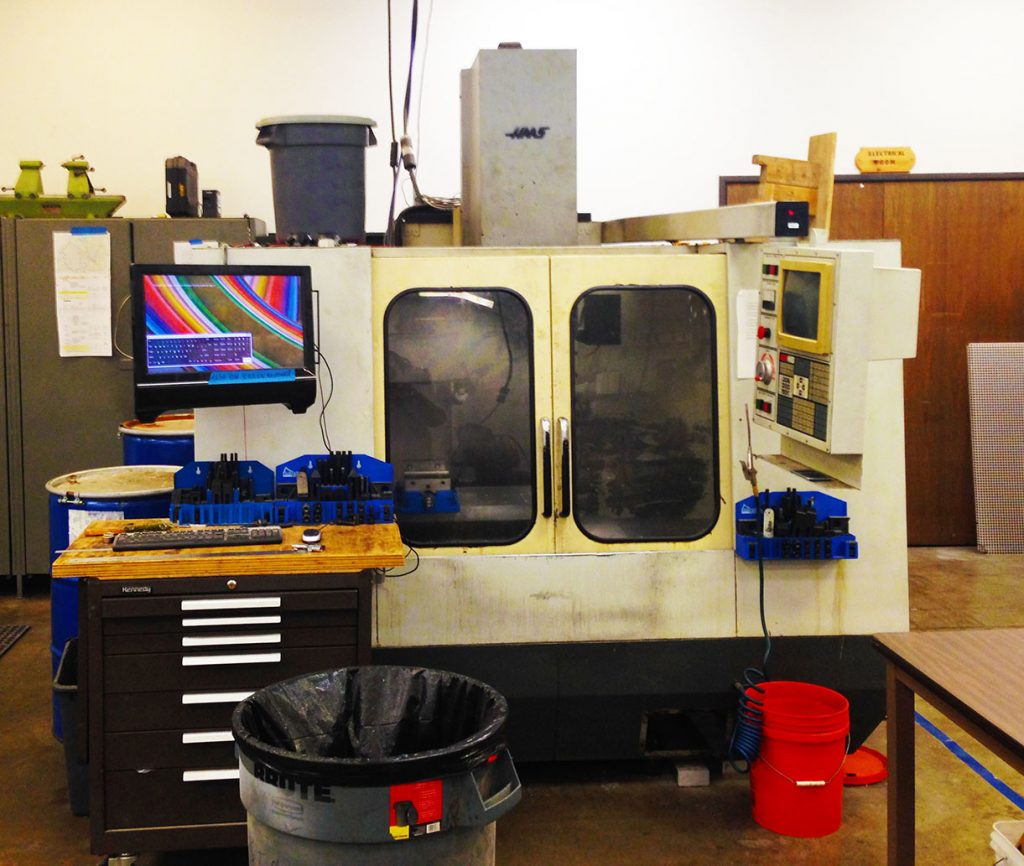 And a pinball department. Vector. 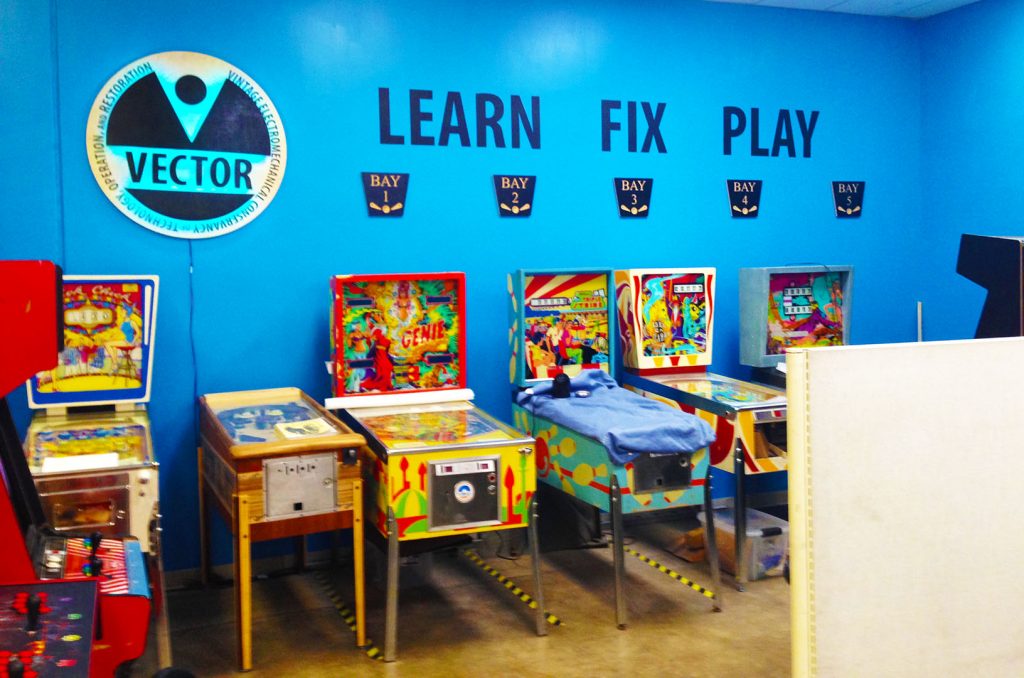 Vector – the pinball and arcade repair department at the Dallas Makerspace

I went for laser training yesterday. Just one of many tools I might need, and hope to use, during my Dallas development.

The three laser cutters. I’ll be authorized to use these soon.

It was true to makerspace form. I met great people. And I learned a thing or two. But mostly, I got to experience that warm feeling of being part of a community. A community that helps each other. 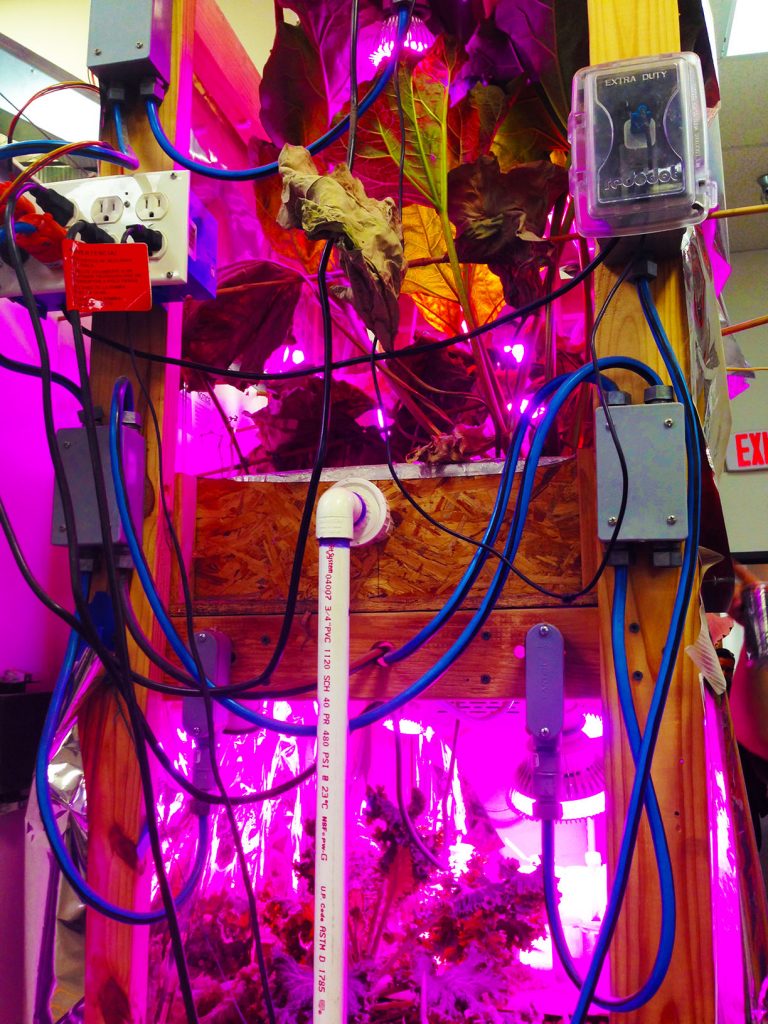 A community of plants and fish. An aquaponics setup at the Dallas Makerspace.

I’m not sure how much longer I’ll be in Dallas. But however much longer that might be, I look forward to the projects and the people filling this place. 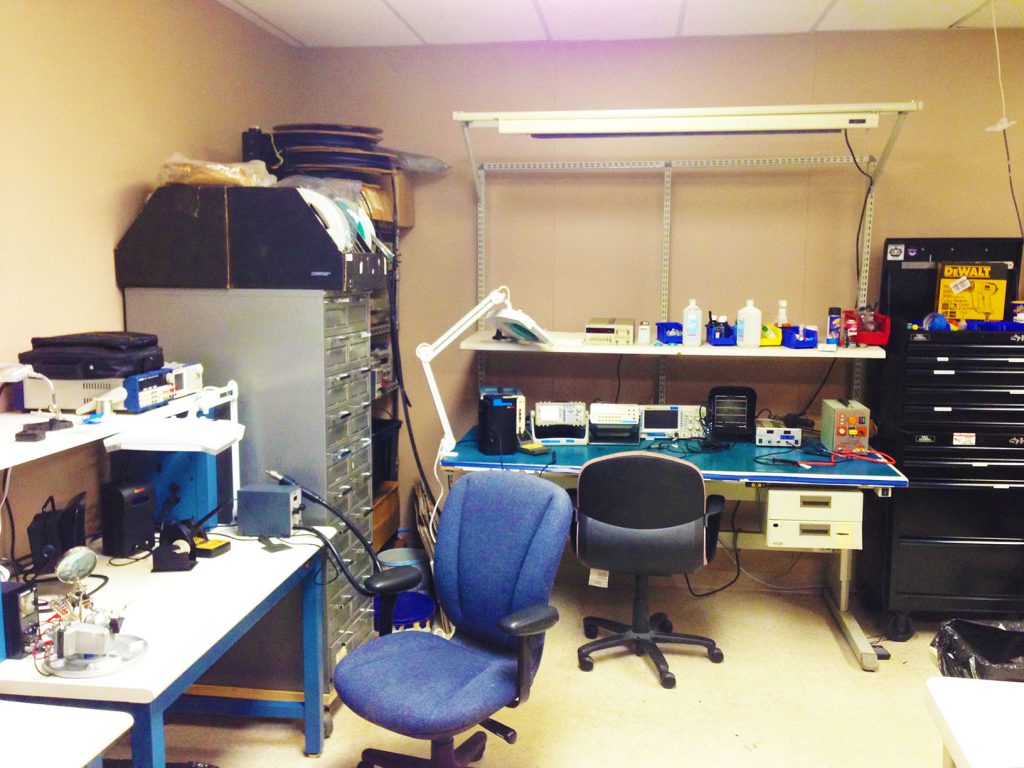 The extremely well equipped electronics department. Thanks in part to a large Mouser contribution. A fantastic place for the circuit nerd in need.